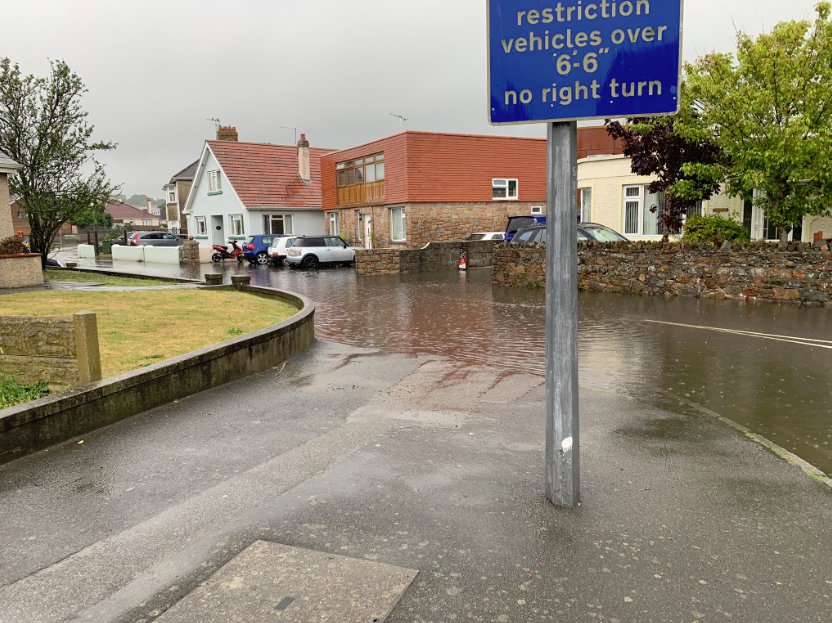 There has been more localised flooding on Jersey's roads after around a week's worth of rain in just over an hour.

Le Boulivot to Hougue Bie and the junction of Rue des Pres and Plat Douet Road (picture credit: Steven Kelson) were just some of the areas affected.

Jersey Met says 15 millimetres of rain fell between 5am and 7am.

12.4mm was recorded in the first hour, followed by a further 2.6mm.

That is equivalent to more a quarter of the average monthly rainfall for June.

Several reports of flooding in Jersey this morning, especially in the east of the island. In just one hour between 6 am and 7 am we recorded 12.4 mm of rainfall. Attached is the radar picture showing the higher intensities in the pink and red pixels at 6:55 am. pic.twitter.com/1sq6to6WUo

It follows torrential rain on Friday when drains struggled to cope with the deluge and several trees were brought down. 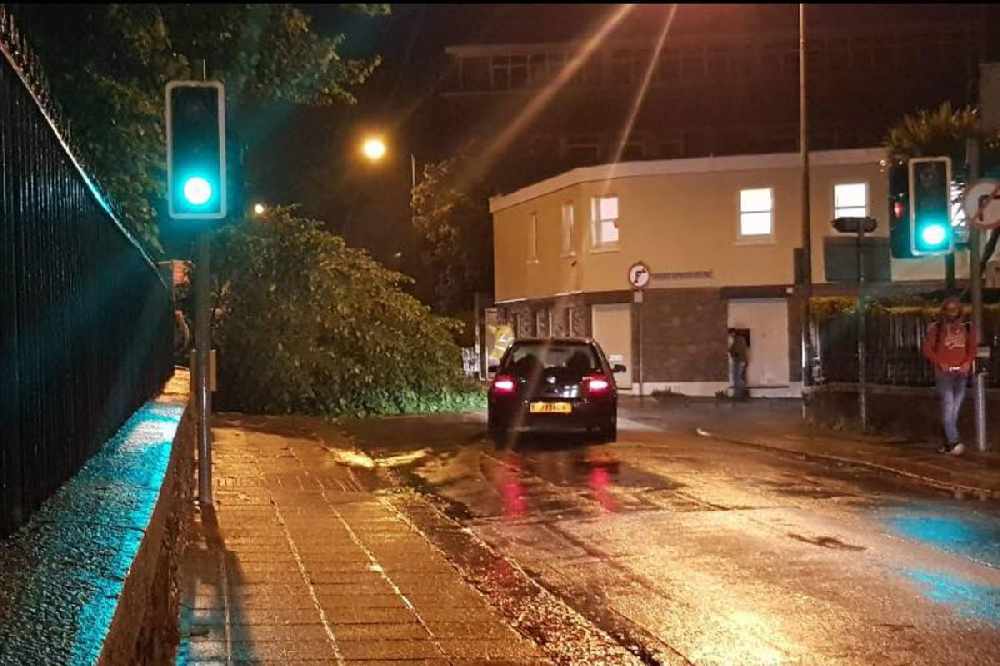 A fallen tree on Rouge Bouillon on Friday night

May was the 13th consecutive month of below average rainfall.