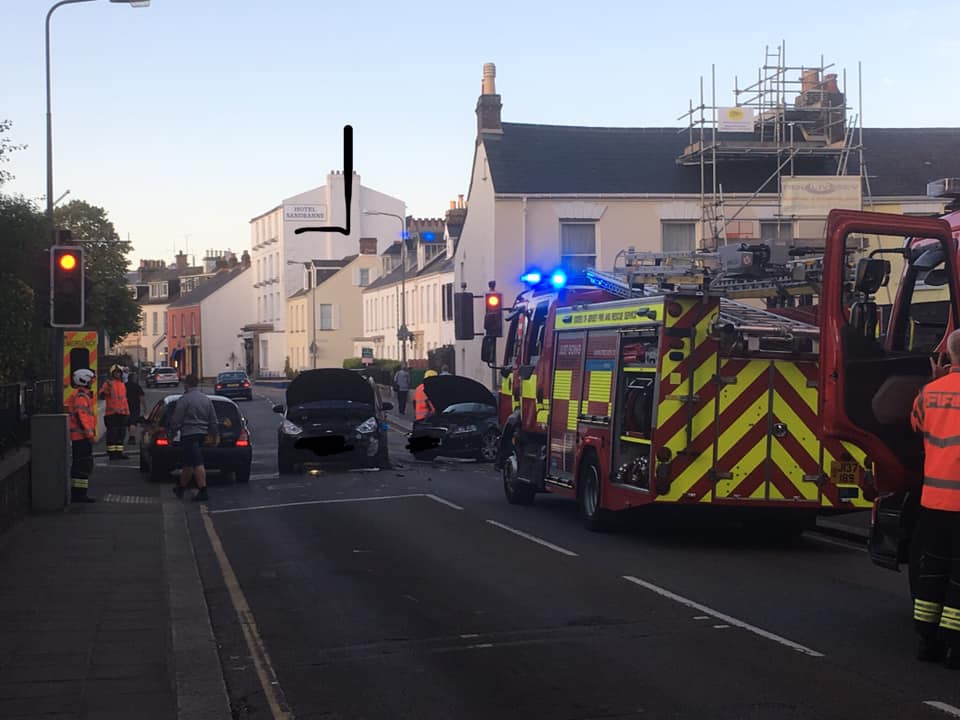 Police are investigating a crash on Rouge Bouillon, and looking for witnesses after a car hit a wall in St John.

A stretch of Rouge Bouillon was closed for a time on Sunday night after two cars collided at the Savile Street and Parade Road junction.

A three year old boy was a passenger in one of the vehicles.

The child and both drivers  - a 38 year old man and 18 year old woman- were checked over by paramedics.  No one was injured.

In a separate incident, Police are looking for witnesses after a driver crashed a car in St John.

The silver Ford Fiesta hit a wall on La Grande Route de St Jean, close to the junction with Le Chemin De Herupe, in the early hours of Sunday morning.

A 19 year old man has been arrested for failing to stop and report an accident, dangerous driving and on suspicion of driving whilst over the prescribed limit.

He has been released on police bail.

Officers say there would have been debris strewn across the road, perhaps partially blocking it.

"Anyone who may have seen this or who has any information is asked to contact police on 612612 or the independent charity Crimestoppers anonymously on 0800 555 111 or via their Anonymous Online Form at Crimestoppers-uk.org."