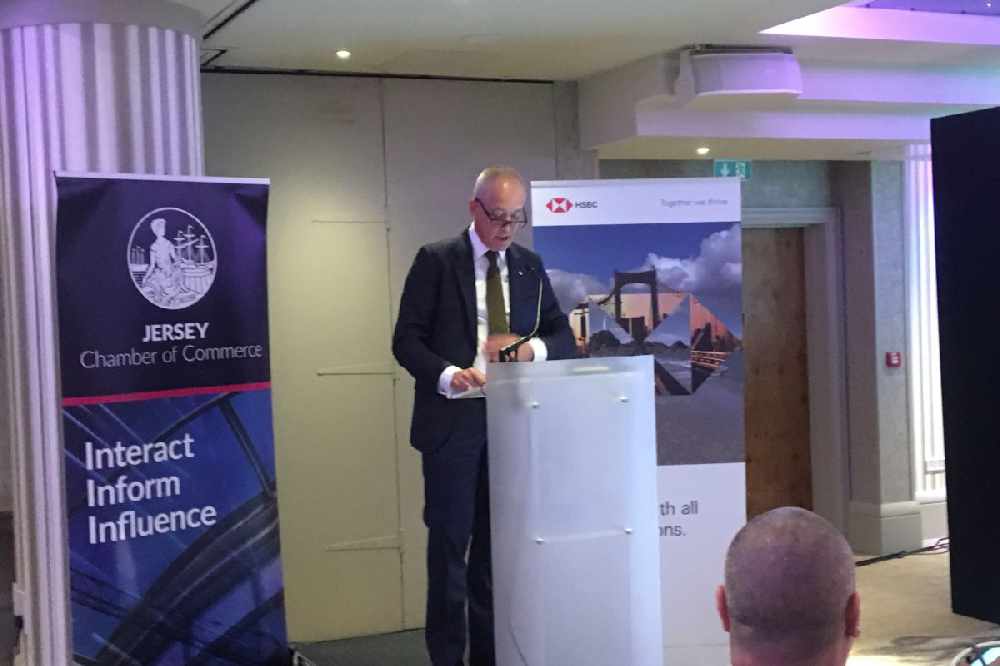 In a speech to business leaders, the States Chief Executive has said the island 'likes its myths' which makes overhauling and updating the public sector in a small community more difficult.

"Everyone knows everyone’s business. And while that can be a positive, it’s not always so. In a small community, word spreads like wildfire.
Jersey likes its myths, and there have been a fair few about me. Whether it’s apparently being barred from my local, the Dolphin in Gorey, and, with every respect to the Dolphin, I almost can’t imagine what I might have to do to get barred from there. Or my kids’ school fees being paid for by the Government, when they are both in their 30s. These absurd rumours – often presented as facts – have been a tad surprising. Some are spread by social media, and some by word of mouth. All are the product of someone’s malicious imagination and of others’ willingness to pass them on."

He said he has 'never for a moment' regretted coming to Jersey, although described there being 'no escape from the goldfish bowl'.  Mr Parker says he doesn't 'do social media' , but believes it contributes to public sector recruitment problems.

"Some of this stuff partly explains why it can be hard to attract and retain people – not just senior people, but also front-line staff like social workers – when they realise that they could be subjected to personal abuse or unhealthy gossip. And people are the lifeblood of all our organisations. So we mustn’t forget the importance of not deterring people through poor behaviours, especially when we’re going through a period of change."

He told the Chamber of Commerce members that by not supporting government staff during change "we're in danger of losing our greatest assets - and out best opportunity to deliver lasting improvement."

He spoke about the challenges of recruiting behind almost 1,000 States workers over the age 60 who are due to retire in the coming years.

And he addressed his relationship with the Chief Minister, and speculation about who is really in charge:

"The current Chief Minister is very different from his predecessor – with the singular exception that they’re both accountants, so know their numbers. But we have developed a close working relationship. He cares deeply about Jersey and wants to do the right things for the Island, including modernising our public finances. I think that the collaborative process that we went through with the Council of Ministers in developing the Common Strategic Policy and the Government Plan has helped enormously – not just in working through the new Government’s agenda, but in cementing those new working relationships between senior officials and the Council of Ministers.

....For clarity, politicians make decisions and officers carry them out. We should not blur those lines. It’s simple, really. But in being accountable to politicians, we also need to recognise the strategic responsibilities that the Executive has, versus the operational responsibilities that the Civil
Service has. So, the Council of Ministers is in charge of strategy and policy; public servants are responsible for carrying them out."