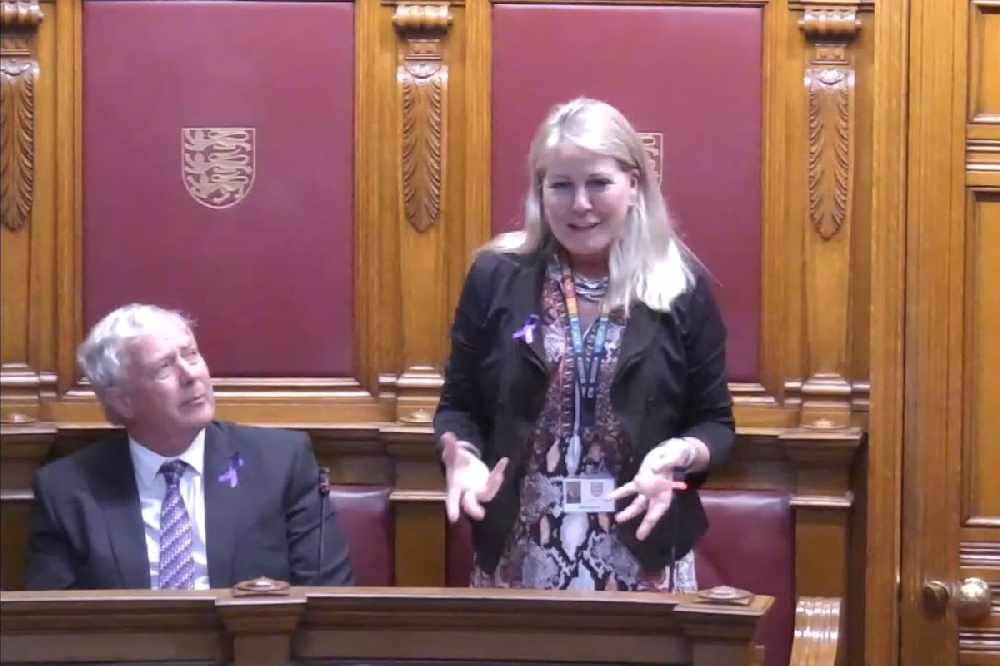 The Deputy of Grouville has resubmitted her proposition to ask Jersey Property Holdings to stop demanding compensation from coastal homeowners whose properties encroach on public land.

Two of her constituents, Alan Luce and Julian Mallinson, were told to pay tens of thousands of pounds when trying to sell their properties.

The States Complaints Board then ruled in the duo's favour following a hearing and recommended they be reimbursed.

However, that hasn't happened.

Deputy Carolyn Labey wants a policy brought forward by January to explain from what date the deemed encroachments will be determined. She says that's absolutely crucial.

"If it's going to be 12 June 2015 which is the date the crown gifted it (the land) to the people of Jersey, then fine we all know where we stand.

"But if it's before then, which is certainly seems to be by the fines that have been issued, then what is the date? Is it the 1900s? In which case, the foreshore went up to the Royal Yacht!"

She also wants a map to clearly show the boundaries so it's clear where any encroachments are made.

The proposition was originally submitted at the start of the year, but it was withdrawn in March when the island went into lockdown so officers could concentrate on the coronavirus crisis.

The Minister said at the time that she would consider re-lodging the proposition in the autumn, but that she hoped the Infrastructure Minister and Jersey Property Holdings 'will reflect on their current practices when dealing with members of the public and work on a revised policy to bring to the assembly for debate'.

It was at the end of 2017 when Mr. Luce raised concerns to Deputy Labey about how he was treated, with Mr. Mallinson doing the same a short term later.

It meant Mr. Luce lost the sale of his house, delayed any prospect of a sale for another 15 months, and affected the property's value.

Deputy Labey says the long-term uncertainty for them and others needs resolving quickly.

"My two constituents took it (the complaint) to the Jersey Complaints tribunal in 2018. They've been waiting a long time for resolution.

"It's also creating uncertainty in the market place where people are reluctant, perhaps, to put their properties on the market because they might be unsure of what property services might do.

"It could be argued that these payments that are being demanded shouldn't be owed to us anyway because if it was before they were gifted the land, it should be owed to the Crown, surely.

"It's all very messy, murky, and quite shabby actually. I'm after clear policy, a map, and a date that these encroachments are going to be deemed so that everyone knows where they stand. That's only right and fair.

"To be clear, I do not agree with the foreshore of this Island being encroached to the detriment of the public. I do not agree with private landowners blocking off public accesses, pathways and ancient rights of way to the Foreshore. But what I fail to appreciate, is how the actions instigated by the previous Minister for Infrastructure and seemingly up-held by the current Minister; (i) protect the land for the People of Jersey or (ii) “achieve best value for the public purse” as claimed by the Department." - Deputy Carolyn Labey.