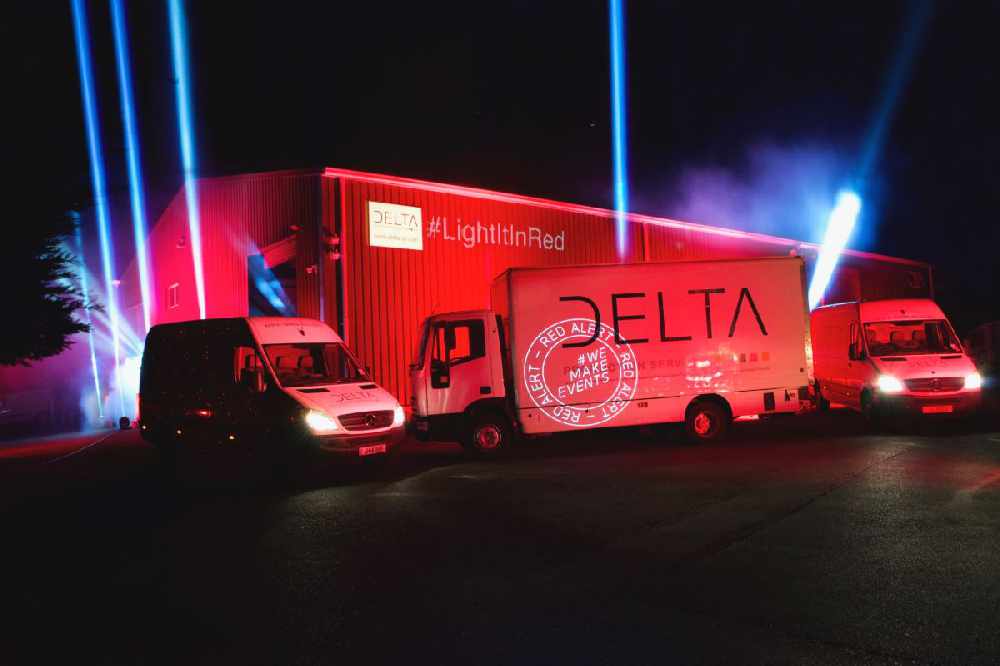 The Delta Events warehouses in Jersey and Guernsey were illuminated last night to highlight the struggles the industry is still going through.

It was part of a UK-wide campaign called #LightItInRed to draw more attention to how badly performance trades have been hit by the coronavirus crisis.

Gatherings of more than 40 are banned in Jersey, apart from at funerals where a maximum of 80 are allowed.

"If events weren't to return for a long period of time, it would have a massive detrimental effect on islanders' quality of life - whether that's the festivals you go to in the summer, whether it's the business events you attend, whether it's your Christmas party or your summer party, weddings, birthday parties, these are all events. 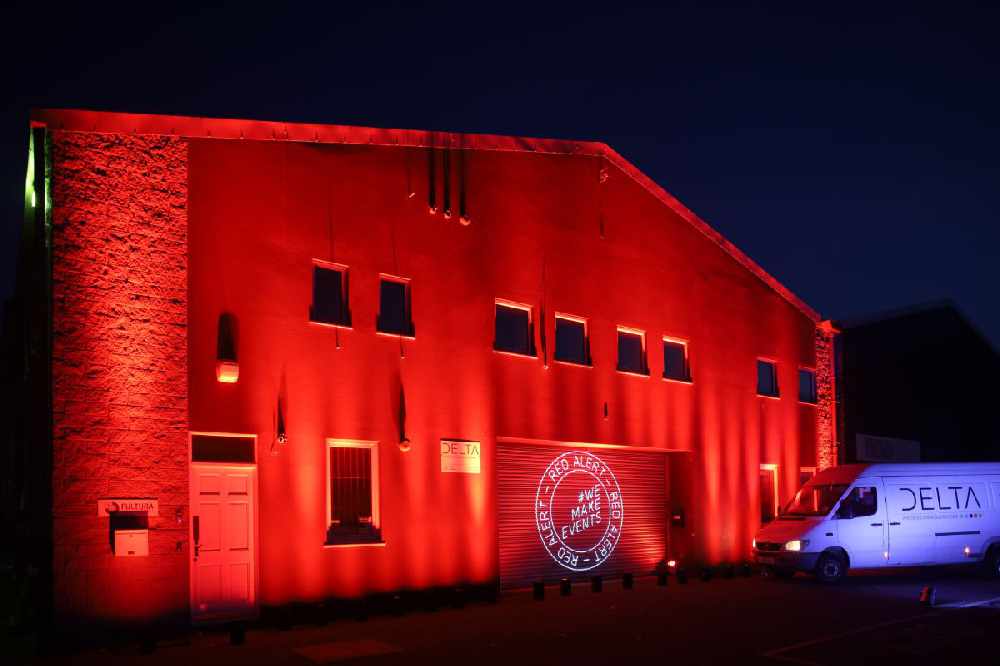 "We are looking at discussing with government how they will co-fund us or how they will financially support us (events companies) moving forward because we will need support until events are allowed to happen in a meaningful way."

Last night's illumination also took place across the UK - with theatres, nightclubs, concert halls, and playhouses joining in to show their support.

The Jersey Opera House cannot run shows because of the seat layout which makes one-metre distancing impossible to achieve. Jersey nightclubs are also not allowed to open up because of health concerns with gatherings and distancing concerns.

One Jersey nightclub owner has told Channel 103 that they might not be here at the end unless more support arrives.

"It's been a tough few months for a lot of people, but the events industry was obviously one of the first to shut down and will be one of the last to reopen in any meaningful form." - Simon Gasston, Delta Events Managing Director.

Economic Development Minister Senator Lyndon Farnham said last week that it will be some time before nightclubs are allowed to operate because of concerns over spikes in cases in other jurisdictions.

"The majority of premises with seventh category licences have other types of licence and they can operate within the guidelines of those licences.

"But premises that have a nightclub extension and haven't been able to operate with that can't and those businesses potentially fall into the scope of those businesses that are hardest hit and that is where we are investigating some financial support to see them through this challenging period."