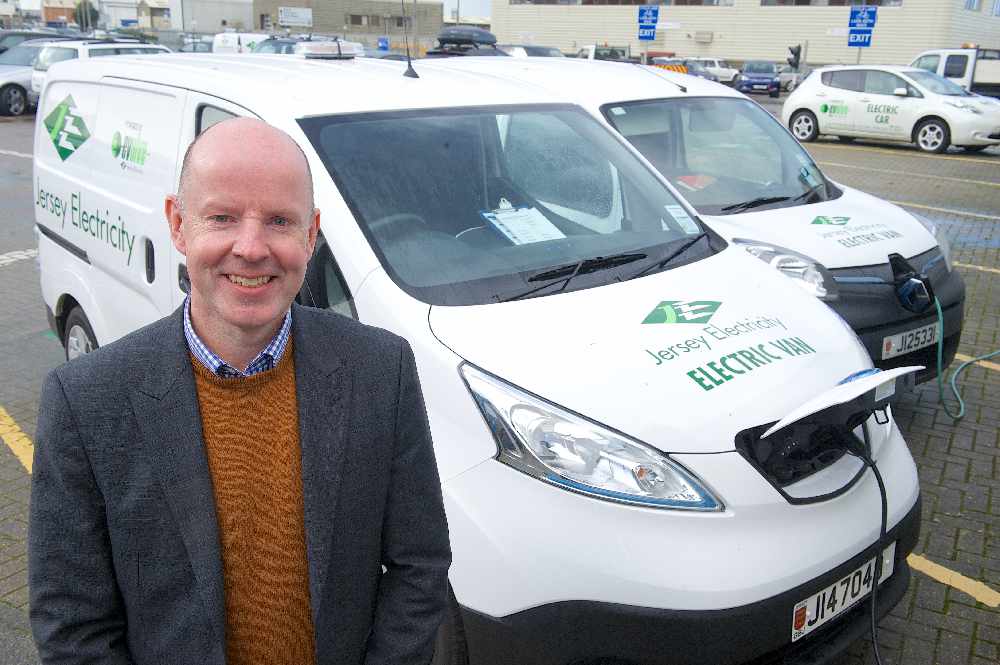 Jersey Electricity has become the first company outside the UK to trial two-way chargers, that allow electric car owners to sell excess energy back to the grid.

It's very similar to a normal electric vehicle charger, but will also be able to take energy from the battery and injected back into the grid.

Four chargers are being used on some EVs at La Collette Power station and if it goes well, they could be introduced across the island.

Jersey Electricity says it will, in effect, give islanders their own mini private power stations.

"We have already laid the foundations for a smart grid with the roll-out of Smart Meters which places Jersey well ahead of the UK in the deployment of this technology. We are now trialling other components of the smart grid focused on more efficient load management.

"Using this technology, JE would work with customers to determine when and how power might be pulled from vehicles back on to the grid without leaving drivers with low battery levels at a time when they need it. The technology will enable customers to enjoy a reduction in their costs whilst at the same time giving them the opportunity to manage their energy their way.

"Utilising electric batteries this way makes sense when you think that 90 percent of cars are stationary and parked at any one time, resulting in a lot of energy sitting there doing nothing – and often at times when we are paying premium wholesale prices for it. The technology would also help us manage the intermittency of local renewable generation, which we are increasingly introducing to the grid, rather than providing additional electrical storage or generation.

"For JE as a power provider, it means less strain on our network, lower maintenance costs and a new lower-cost source of power at times when we may be paying higher wholesale prices. It is one of several measures that could help us decarbonise transportation as part of the Island’s desire to go carbon neutral and at the same time avoid a rise in peaks on our network. It’s a win, win for our customers and ourselves." -

Now Jersey Electricity is working alongside OVO technology partner Indra Renewable Technologies to install four of those to offer drivers of certain types of EV the chance to export and sell excess electricity stored in car batteries back to the grid at times of peak demand.

"We are rolling out the first 1,000 domestic V2G chargers in the UK in partnership with OVO Energy, and we are delighted to partner with Jersey Electricity on this project. Jersey will be the first place outside the UK to have the chargers, and we are keen to work with Jersey Electricity to make them available locally as we believe this is another major step in encouraging the uptake of EVs for which Jersey is ideally suited." - Ben Kelsey, Indra Programme Manager.