New Post-16 Campus Will Be Built At Les Ozouets 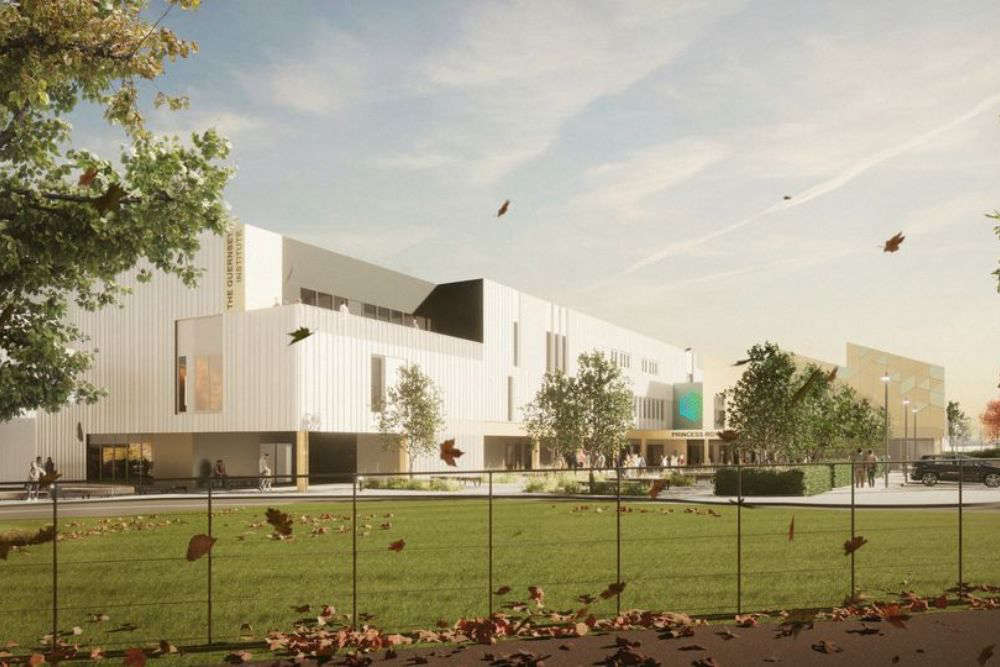 Image of courtesy of the States of Guernsey

Planners have given the green light to the new post-16 campus to be built at the old St Peter Port school.

The plans have been unanimously approved, paving the way for construction.

“We are of course delighted that planning permission has been granted for the development of the Post-16 Campus on Les Ozouets. As a key element of the overall reo-rganisation of Secondary and Post-16 Education, the campus brings with it the opportunity to revolutionise education in Guernsey.

It will see all post-16 learners progressing together to a single campus, fully equipped with modern 21st century 2 facilities, to pursue their chosen professional, technical, vocational, A level or International Baccalaureate qualifications"

But the planners decision comes with some alterations and objections regarding sustainable and active travel were heeded.

The number of car spaces will reduce by 40 to 346, enabling more cycle space, to accommodate as many as 200 bikes.

And a Filter in Turn will replace the idea of traffic lights at the Le Friquet, Baissieres junction.

Nick Hynes, Director of Education explains what the next steps are:

"We are now going to look again at what opportunities there might be to improve the infrastructure around the site. With the planning process concluded, we can now move toward starting construction, which we hope will begin with the demolition of the current College of Further Education building – the old St Peter Port School – on Les Ozouets towards the end of this year. All then going well, the new Post-16 Campus should be opening its doors in 2025.”