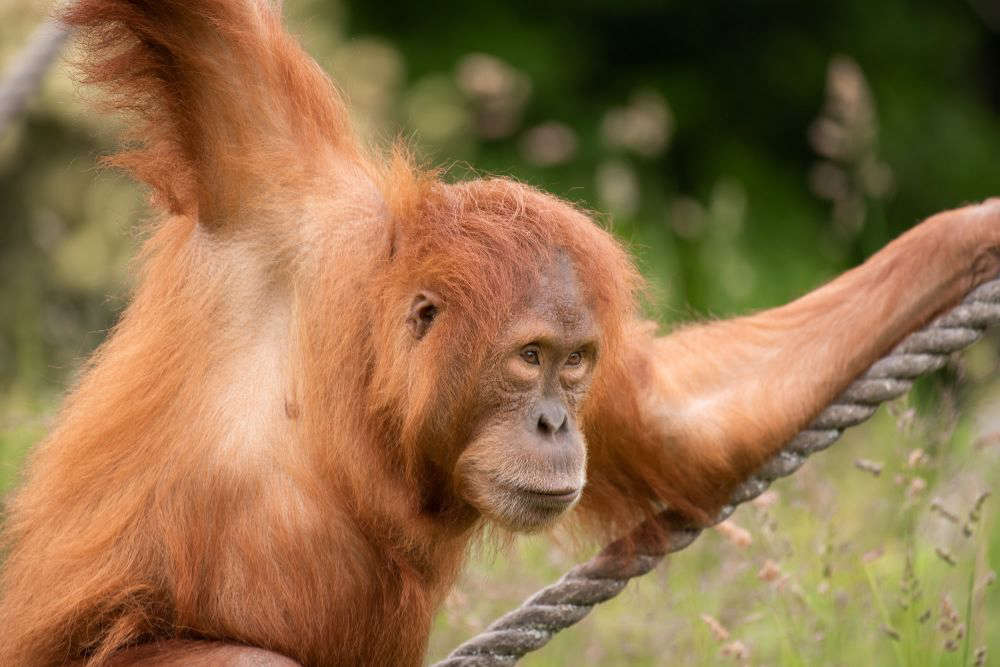 She has joined a new group of orangutans at Dortmund Zoo in Germany, just days after turning nine years old.

Kea was the first orangutan birth caught on camera on 9 June 2013.  The footage later featured on a BBC documentary, “Refugees of the Lost Rainforest”.

She was named after the Indonesian word for miracle 'keajaiban', because mum Dana had blocked fallopian tubes which rendered her infertile.

Skilled Jersey obstetrician Dr Neil MacLachlan cleared those, and she managed to conceive against all the odds.

Keepers say she has a 'cheeky and inquisitive personality' and that she will be greatly missed.

“This stage of Kea’s life is an important time for her to move on. In the wild, young orangutans stay with their mothers until they are approximately eight years old, as they would then leave to live independently and eventually breed and have offspring of their own.

In captivity, we try to mimic what would happen in the wild whereby the youngster leaves at around the age of eight or nine. This is the natural break point for them, and by about 15 years of age, females are ready to have offspring of their own.

At Kea’s new home in Germany, she’ll be moving to a similar set-up to Jersey Zoo, with a lovely enclosure and nice group of orangutans, including another youngster of a similar age. We think she’ll have a good life out there and hope she will eventually breed and have babies of her own.

It’s always sad when an animal you spend so much time with moves on to a new home, but it’s essential that she does as it’s all part of her growing up. I think Dana and the rest of the group will miss Kea, and it will certainly have an impact on the keepers who have cared for her over the years, but the group will settle down after a little while, and we have hopes for more baby orangutans at the zoo in the future.”