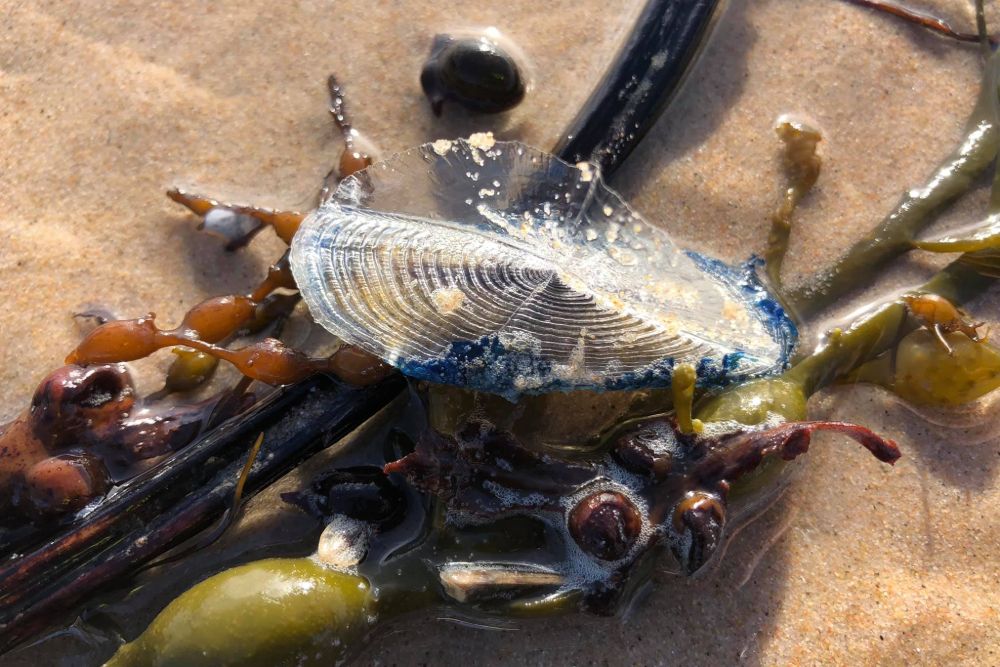 Keen-eyed islanders have reported seeing a rare marine creature washing up on Jersey's beaches recently... but what are they?

The species are known as 'by-the-wind-sailors' or, scientifically, 'velella velella' - a colonial hydroid similar to the Portuguese man-o-war.

Its sail gives the organism its name, allowing it to catch the wind and travel on ocean currents.

At the mercy of the wind, they are usually spotted between September and March as they are washed up to the English shores after stormy winter weather.

Chantelle De Gruchy from the Société Jersiaise Marine Biology Section says islanders have been very interested in the species.

"They drift whichever way the wind and current takes them, and because of that they have been found on beaches all around Jersey, Guernsey and mainland UK recently, so it's not too unusual to see them in our autumn and winters following westerly wind.

"There's been loads of reports on social media or directly to us and I understand the people are curious to know what they are hence why we created the Facebook post."

Many people have spotted these little guys across the beaches in Jersey and Guernsey recently; they are...

They can be identified by their unique deep blue/purple oval disk, and can be up to 10cm in length.

Chantelle says to look but don't touch - as they may give a mild sting!

"It'll be great if people can report findings.  There’s a mixed consensus as to whether people should touch them, but generally they are considered not to be harmful, but they do have stinging cells and people can react very differently to a sting  - so it’s always safer to admire marine species without touching them."