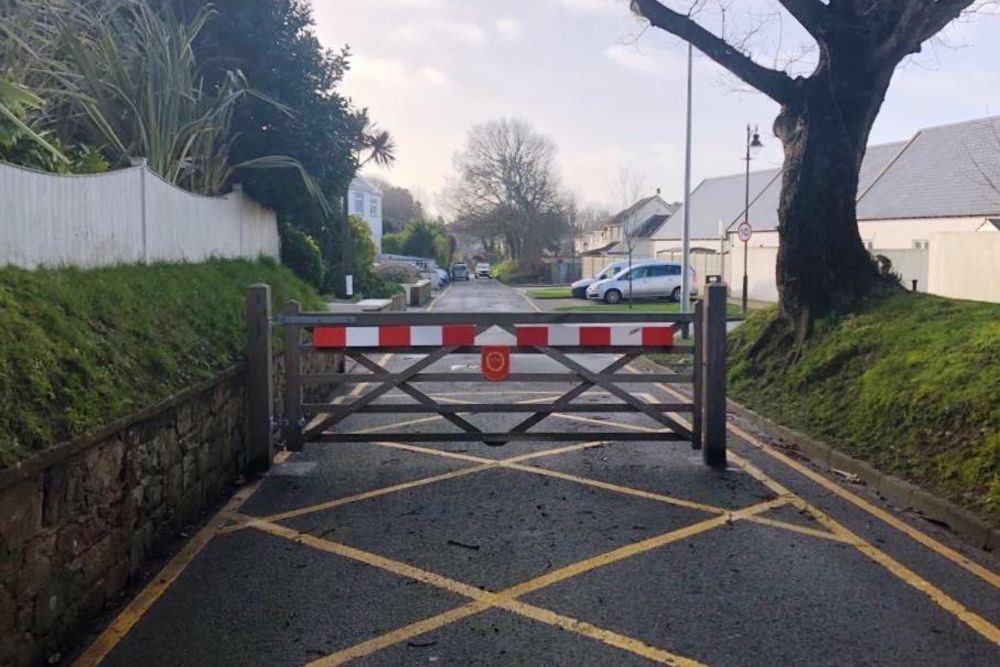 A trial closure of a road near several Jersey schools has been made permanent.

Chasse Brunet in St Saviour was closed to through-traffic for a year-long trial in December 2018 to stop motorists using it as a 'rat run'.

A wooden gate has since been erected across the road, with a gap for pedestrians and cyclists.

The parish Roads Committee says since it was closed, there has been a  20% increase in pedestrians using the road during the morning school run, and a 41% increase in footfall during the afternoons.

The biggest increases are in the number of Grainville students walking to and from school.  More primary-age pupils are also using the route.

St Saviour Constable Sadie Le Sueur-Rennard, says initial teething problems with the change have been sorted - and the move has been largely welcomed by parishioners:

"The Roads Committee has been encouraged by the feedback from parishioners during the past 12 months of the trail closure. We believe the objectives to increase safety for students and the reduction in cars has been met, therefore we have recommended the road be permanently closed to traffic. We are now writing to the Minister for Infrastructure to ask him to take the necessary action."

"I’m pleased this scheme has worked well in the area which I understand has seen a large improvement in traffic flow and access for pedestrians. The Safer Routes to School initiative aligns with the government’s priorities to put children first so it’s encouraging to know this has made a real difference."