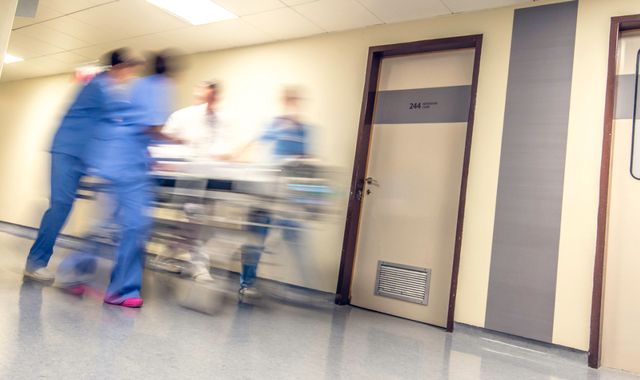 Authorities have issued a warning about a strong batch of the drug never seen before in the island.

They say people should avoid taking the so-called SKYPE tablets.

The Alcohol and Drugs Service says five islanders have attended the Emergency Department in recent weeks.

"Taking ecstasy involves risk as there is no way of telling what is in a table or how strong it is – there is no quality control on street drugs. Ecstasy can affect the body’s temperature control and dancing in a hot atmosphere also increases the risk of overheating, which can be deadly.

There has been a number of confirmed incidents following the use of SKYPE tablets, which are reportedly very strong. This is the first time the service has been aware of SKYPE circulating in the island and I would urge people to avoid the drug.”  - Simba Kashiri, Acting Team Manager

If you decide to take SKYPE then the advice from the Alcohol & Drug Service is:

• Take a quarter of a tablet and wait two to three hours to assess the effects prior to any re-dosing. If using MDMA powder crush, into as fine a powder as possible, lick the tip of your index finger and dab it into the powder – this will be approximately 100mg – stir the powder into water and drink (this is safer than snorting and allows you to gauge the strength and effects)

• Dancing for long periods in a hot atmosphere such as a nightclub, especially coupled with summer heat, increases your chances of overheating and dehydration. Take regular breaks from the dance floor to cool down and watch out for your friends – they might not realise they’re in danger of overheating or getting dehydrated

• Drinking too much can be dangerous and drinking too quickly is liable to affect your body’s salt balance, which can be as hazardous as not drinking enough water. Sip no more than a pint of water or a non-alcoholic drink every hour

• Avoid using alone and look out for your friends

• Avoid mixing ecstasy with other drugs (prescribed or not), including alcohol, which can increase dehydration, and caffeine which increases body
temperature and MDMA’s neurotoxic effects

• Anyone who has a heart condition, blood pressure problems, epilepsy or asthma is liable to have a dangerous reaction to ecstasy.

• If someone is over-heating take them outside/somewhere to cool down, remove extra clothing if necessary. If someone collapses put them in the
recovery position and call an ambulance immediately

Anyone who is concerned about ecstasy use should call the Alcohol & Drug Service on 445000 for confidential advice or help.
For further information about drugs log on to www.talktofrank.com or https://wearetheloop.org/club-drug-info