Hundreds of workers staged a two hour walkout in their dispute over pay.

They protested in the rain in Liberation Square between 9-11am.

JCSA Prospect says its membership voted overwhelmingly to strike after the States Employment Board decided last month to impose a disputed pay deal on them.

Some school classes were closed until 11am because of staff shortages. (Details can be found here) 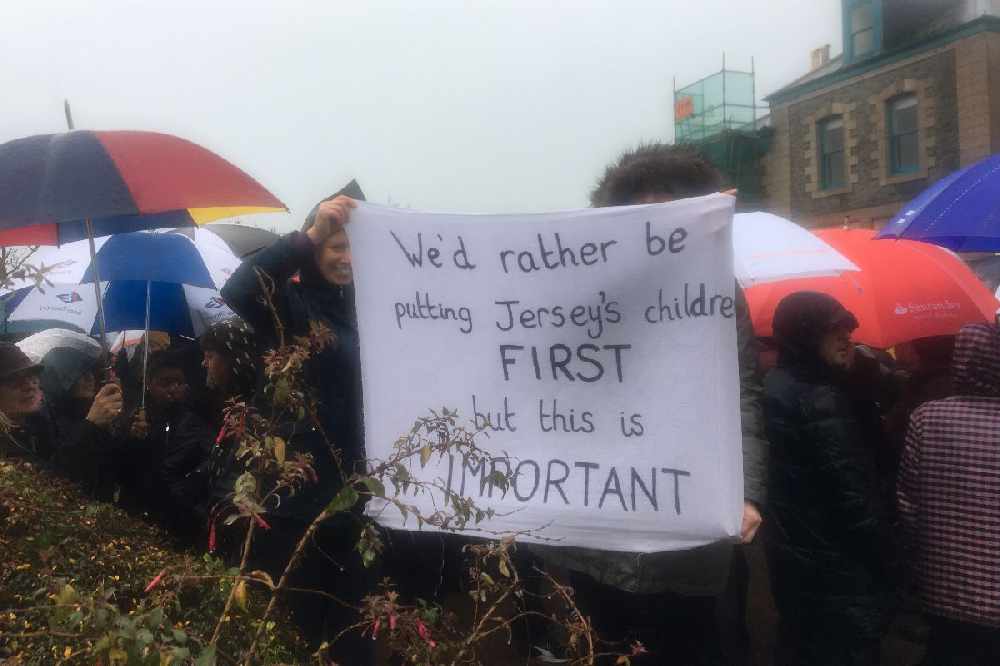 Islanders were warned to expect disruption to some Health services and at government offices.

People who have routine blood tests at the hospital are being asked to wait until next week.  Laboratories were closed except for emergencies.

The States says it regrets the impact of the strike on some of its services, but acknowledges the right of workers to take industrial action.

The action went ahead despite an eleventh hour improved pay offer to teaching assistants.

The SEB announced late yesterday afternoon that they will now get the same offer as teachers, backdated to last January.

But teaching unions are in dispute over that offer, and will begin balloting members next week - hinting of action in two schools per week in January.

Late on Thursday evening, the States rejected an attempt to review spending plans to free-up more cash for negotiations with public sector unions.

In a statement released late on Thursday afternoon, the States Employment Board said they would double consolidated increases for teaching assistants from 2% to 4%.

The SEB also revealed details of improved offers to others - 6.7% to energy from waste workers and 6.1% to nurses and midwives over two years.

It says unions have been invited to work with the States on a further review for formal negotiation next summer and implementation in January 2020.

"We took Workforce Modernisation off the table for most employees earlier this year, but we still want to make progress on equal pay issues.  These revised offers are an important step, but we need to resolve all historical issues."  - Charlie Parker, States Chief Executive