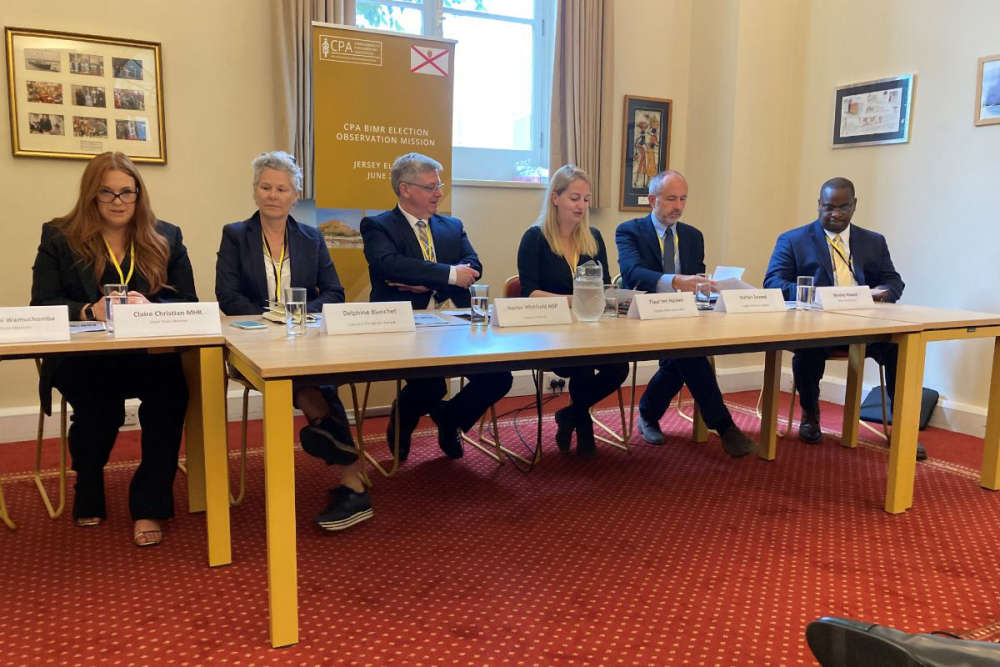 Independent observers of this week's election say it was more competitive than any in the past.

They met key stakeholders, attended events, spoke to voters and candidates, and spent time at polling stations on election day.

37 Deputies were elected across nine constituencies, along with 12 Constables.

Martin Whitfield says equality of vote with Deputies has been achieved, but there's a challenge with the role of Constable.

"The landscape has changed substantially. With regard to the loss of the island-wide mandate, that was raised with us on a number of occasions both prior to election day and on election day.

There is the challenge here in Jersey with the Connetable who are elected because of a geographic area and doesn't actually take account of the number of voters in that, but that's a very historic reality in the island and people are very connected to the father and mother of their parish.

That is something for the people of Jersey to look at and decide the role that they want and the importance of that."

Despite praise for the 'calm and professional manner' in which the election was delivered, the observers have pinpointed issues with:

43% of the next States Assembly will be female, compared to 30% in the current group.

The observers say these gains were made 'despite the absence of special measures to address the historical disparity in representation.'

"Interlocutors shared that online harassment was often especially demeaning towards women, which may discourage some women from standing for office."

The States will have its first black woman Deputy and first Romanian Deputy, but the observers say the number of candidates standing 'continued to lack ethnic diversity.'

There were 34 occasions of voter register inaccuracies - either because voters had been taken off the register without knowing about it or because of admin errors.

"The Mission noted the disparity in the number of voters per polling station, with numbers ranging from 1,370 to 8,030.

If there had been a high turnout, the management of larger polling stations would have been even more difficult."

The observers say the next States Assembly needs to assess the continued problems with low voter turnout.

The number of registered voters fell by around 2,000 people compared to the 2018 election.

A voter turnout percentage is still to be published.

Mr. Whitfield says questions need to be asked about political engagement in the island.

"Certainly I spoke to some young people and first-time voters who ranged from people who are very actively interested in politics to those who were struggling to find the information they needed to make those decisions.

I don't think there is a simple answer."

This was the preliminary report. A final report with recommendations will be published later this year.