Thanksgiving Service For Life Of The Queen 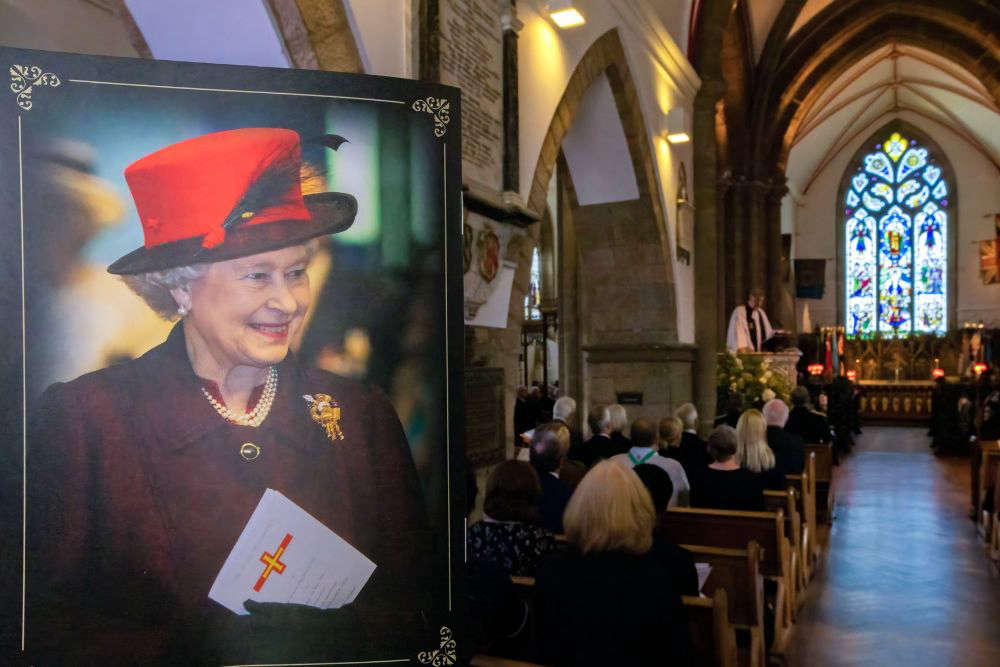 Hundreds of islanders filled Guernsey's Town Church for a Service of Thanksgiving for the life of Her Majesty Queen Elizabeth II.

The Dean of Guernsey, The Very Reverend Tim Barker, led the congregation in reflection of the life of the late monarch.

Prayers were read by islanders representing some of the charities and organisations of which Her Majesty The Queen was patron.

Prayers, hymns and readings were chosen from a selection that had been picked by Her late Majesty before her death.

The Lieutenant Governor Richard Cripwell paid his own tribute to the Queen, recalling the occasion he had met her.

Among the congregation were States members, veterans and members of the emergency services.

Later in the day, the Lieutenant Governor, the Bailiff and Chief Minister Deputy Peter Ferbrache attended the lying-in-state of Her Majesty at Westminister Hall in London as representatives of the bailiwick.