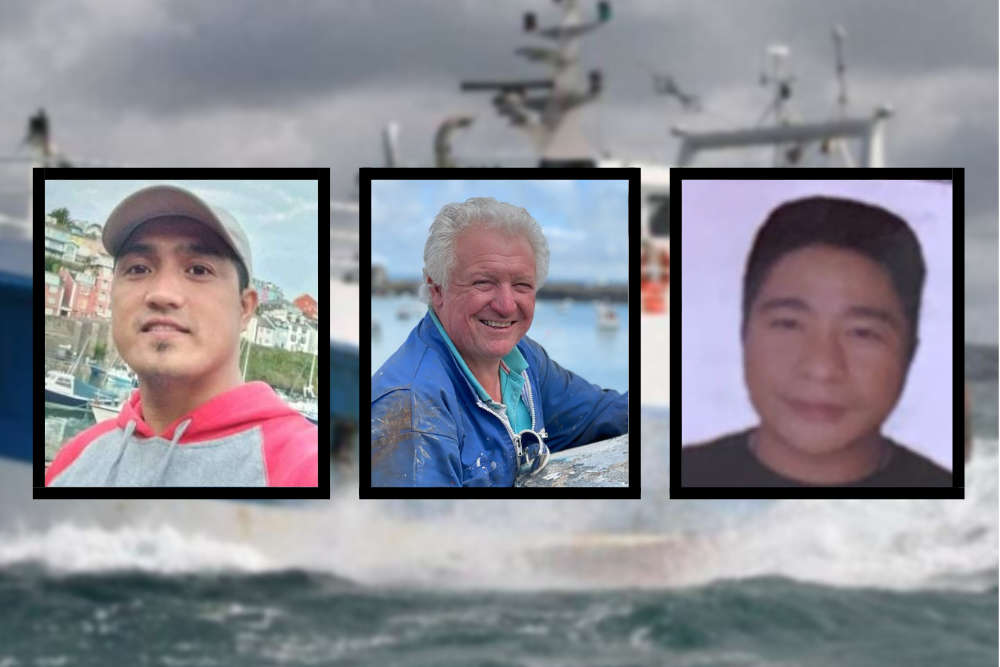 A month on from the sinking of the L’Ecume II fishing trawler with three crew onboard, further ministerial decisions have been taken to progress the investigation of the maritime tragedy.

Sunday 8 January marks exactly one month since the Jersey-registered fishing boat collided with the Commodore Goodwill freight ship off the island’s west coast, resulting in the loss of three fishermen.

Filipino crewmen Larry Simyunn and Jervis Baligat, both in their early thirties, were recovered from the wreckage in mid-December.

The inquests into their deaths opened last week.

"I would like to sincerely offer my thanks to everyone who has provided their support to those touched by this tragedy, including people from Guernsey, France and the Captain and crew of MV Freja, who were closely involved in the search and recovery operations.

Our island’s spirit was demonstrated in the hours and days that followed this tragic event, as the whole community came together to help both with search and rescue and to provide support to the families.

The Pier Road incident struck Jersey just two days after the sinking of L’Ecume II and, faced with two equally terrible tragedies, our community resilience was tested but we came through. Our fortitude has been recognised overseas and we have received many letters of condolence from around the world, including His Majesty King Charles III.

Government will continue to offer support to all those people who have been affected, as well as to the investigators so that they can complete their work which, in due course, will enable us to understand how this tragedy occurred and to learn from this incident so that all seafarers will be safer at sea in the future.”

The maritime exclusion zone around the collision site has been reduced from 750 metres to 250 in all directions of the wreckage of the fishing boat.

Deputy Morel has signed a Ministerial Decision to that effect, to prohibit the passage of unauthorised vessels, fishing, laying of static gear and trawling activity within the defined zone.

The Harbour Master now has the authority the vary the  size of the exclusion zone for a potential salvage operation, and to remove it completely when it is considered no longer required.

A second order has been signed to authorise the Harbour Master sign a Memorandum of Understanding with the Bahamas Maritime Authority.

The BMA will lead the maritime inquiry with the  Ports of Jersey Maritime Standards department, and acknowledging that the Maritime Industry Authority of the Philippines a 'Substantially Interested State party' to the inquiry.

It follows the appointment in the past few days of a Senior Investigating Officer to the separate police investigation of the incident.

“Following the appointment of the States of Jersey Police to undertake the enforcement investigation. I’m pleased that we’re now in a position to formally engage with the Bahamas Maritime Authority so it can lead the maritime investigation with support from Jersey and the Philippines.” - Deputy Kirsten Morel.