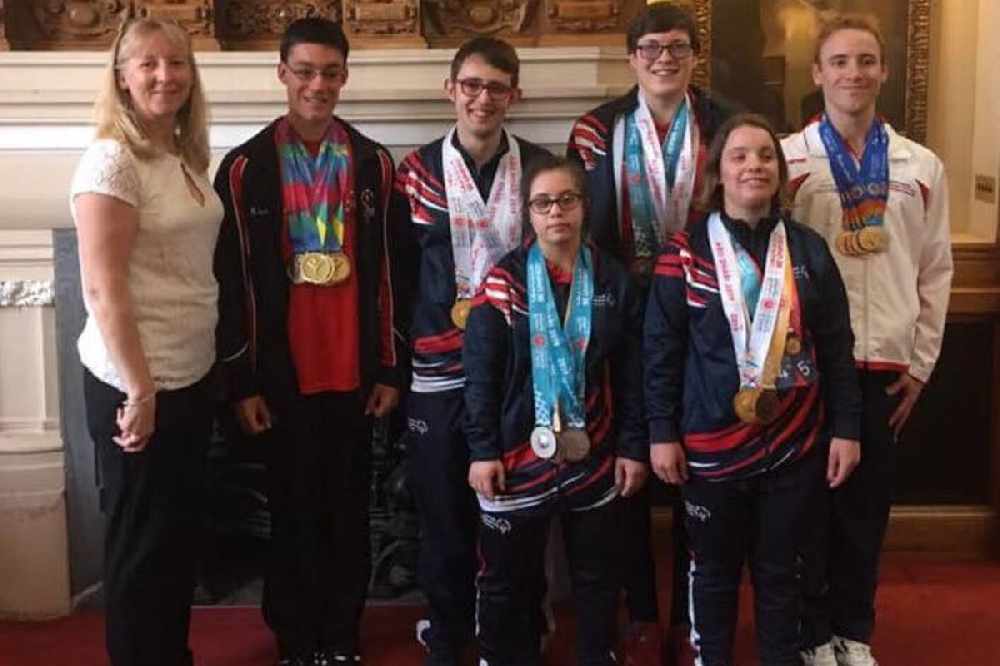 The Jersey Special Gymnastics Club were among the winners. Credit: Jersey Sports Association for the Disabled.

The achievements of disabled sportsmen and women from Jersey has been celebrated in a glittering awards ceremony.

11 awards were given out last night by the Jersey Sports Association for the Disabled.

Yana Vibert was given this year's Chairman's Award for outstanding service to disability sport, after spending the last 13 years coaching the Jersey Special Gymnastics Club.

Her 'second in command' at the club, Nicki Kirkland, was named Coach of the year - while Nicola Fuller was named sportsperson of the year.

Trudy Gallichan picked up the Unsung Hero in Disability Prize, Malcolm Motie is Improved Swimmer of the Year, Shane Crocker was named Sports Personality of the Year and Ian Le Maistre was presented with the Tenpin Bowling Player of the Year prize.

Darren Renouf is Wheelchair Sports Person of the Year, with the final prize going to the Jersey Special Gym World Games Team for their spectacular performances at the Special Olympic World Games in Abu Dhabi.