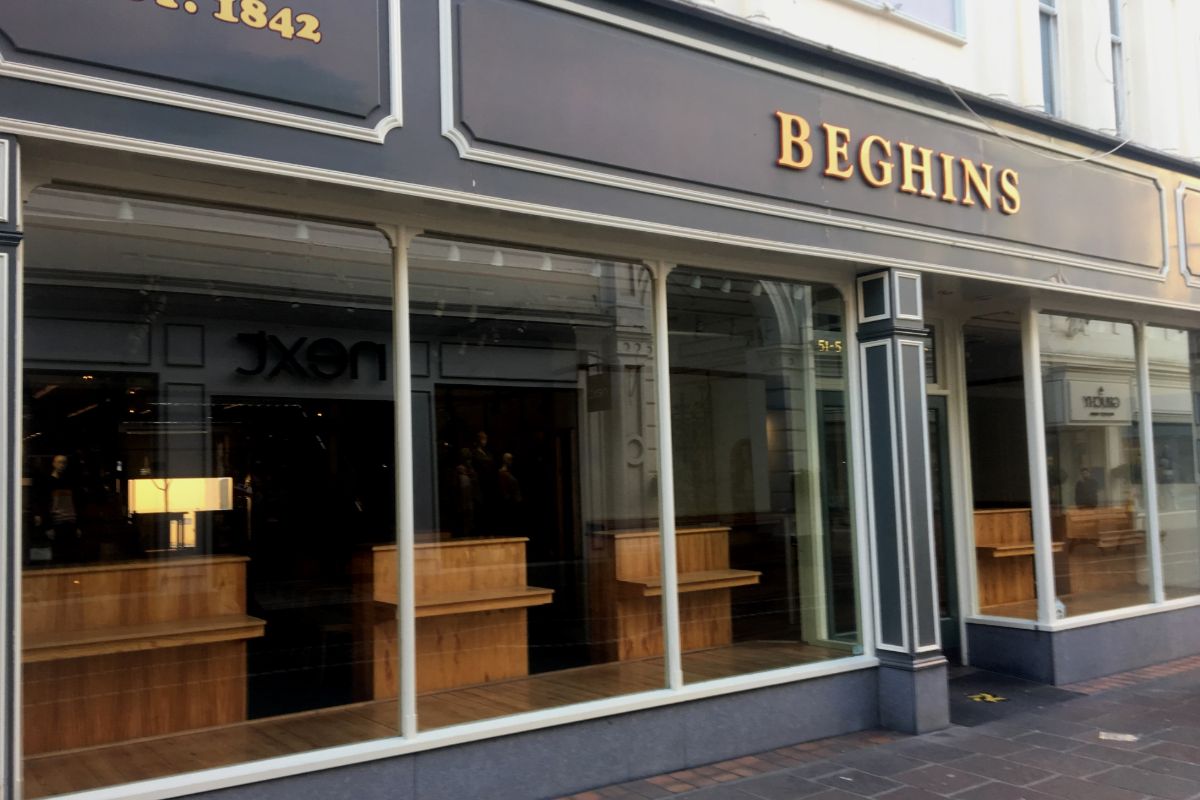 One of Jersey's oldest businesses has closed its doors after more than 170 years trading.

The owners of Beghins Shoes say they've had no option, after failing to reach a new deal with landlords for both their shops on King Street and in Guernsey.

The retailer first opened in Jersey in 1842.

In a statement, Beghins' parent company, Pavers, says they're 'bitterly disappointed' the stores have had to close and have apologised to staff and customers.

However, the firm says they're 'actively looking' for new locations on both islands and are hoping to re-open in the near future:

"We are disappointed to announce that Beghins Shoes Limited has been forced to take the difficult decision to close its business in the Channel Islands which will result in the closure of both its Jersey and Guernsey stores.

"Since the acquisition of the Beghins business in February 2018 we have attempted to negotiate with both of our Channel Island landlords to secure the future of the Beghins business in an incredibly challenging retail environment. Unfortunately, despite twelve months effort trying to agree new deals, neither landlord has been willing to engage in discussions which would have enabled us to take the business forward. We have therefore been forced to take the difficult decision to close the business with immediate effect.

"We are bitterly disappointed that such a well-known and respected brand as Beghins will be absent from the Channel Islands, and we are deeply sorry to both our loyal employees and customers for the impact this will cause. Unfortunately, we are unable to keep loss-making stores open in the long term.

"That said, we are actively looking for alternative locations on both islands and look forward to hopefully reopening in the near future."