"The Ban On Assisted Dying Does Not Work, So Change It" 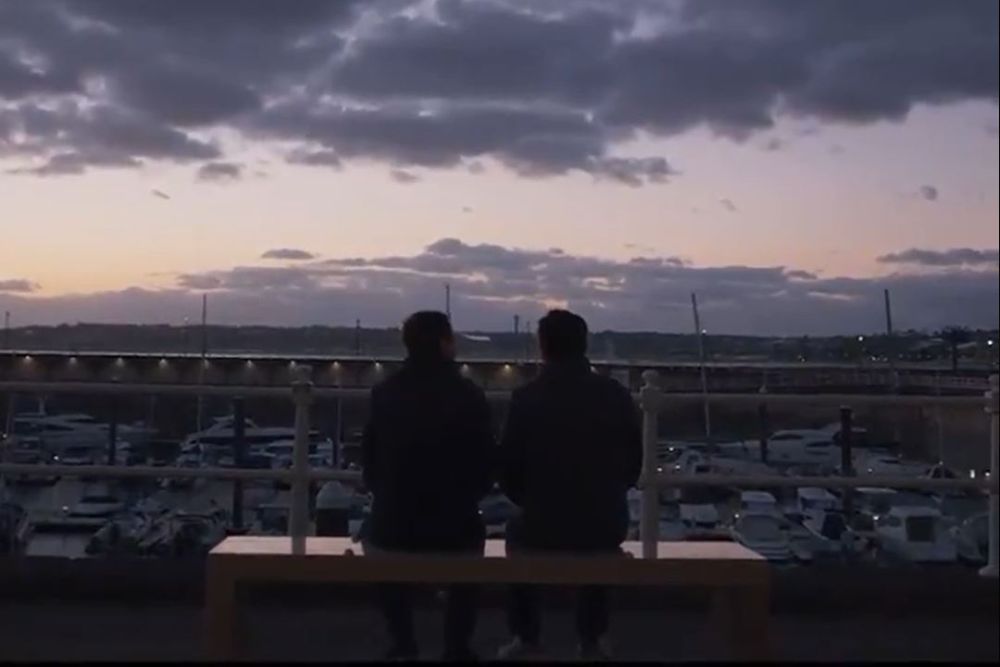 A Jersey man with terminal cancer has written an open letter to States members, pleading with them to introduce laws that would allow assisted dying in the island.

Alain du Chemin says he is being forced to travel to Dignitas in Switzerland because the current laws deny terminally ill people to make that choice here.

He was diagnosed with glioblastoma in 2019 and underwent several bouts of treatment to try and extend his life, which have proved unsuccessful.

In the letter, Alain says he doesn't want to die without being able to enjoy any part of his life, or with his husband and family being left with memories of him suffering.

"I want to decide when the time is right for me to go to sleep, comfortably, peacefully, in my own bed, with my loved ones around me. What makes anyone think they have the right to force me to die in a particular way; a way I don’t want? I do not want to end my life, but it is ending. I merely want a choice over how it happens.

"That is not possible under Jersey’s current law. Instead I have been forced to spend my final months arranging an assisted death in Switzerland, where it is a legal option for terminally ill foreigners who meet the necessary criteria.

"Jersey’s ban on assisted dying means that dying on my own terms comes at huge cost to me and the people I love. I will die earlier than I want to, to ensure I am well enough to get there and in case further lockdown restrictions are introduced. I will die far from my home and cannot be buried here on the island as I wish. I will die without all my loved ones around me, in order to protect them from possible prosecution for assisting me. I have had to spend in excess of £25,000, including chartering a private plane as Covid-19 has disrupted normal travel.

"The ban on assisted dying does not work, so change it.

When you consider the outcome of the Citizen’s Jury later this year, you have a chance to do the right thing for our community. I hope you will not waste it.” pic.twitter.com/Cbh02Un7BC

"The law is also deeply inequitable. I am only able to achieve my Plan B because I have the resources. For most dying Islanders, the ability to go to sleep peacefully at a time of their choosing is simply beyond their grasp. That is something I cannot countenance, and neither should you.

"I have read extensively about assisted dying laws overseas in societies much like ours, such as states in the US and Australia and across New Zealand. There, choice is safely offered to people like me who are dying and are in full possession of their mental faculties, alongside rigorous protection for anyone who does not want it or who does not qualify. I see no reason why we cannot do the same."

His video testimony will be played to the Jersey Citizen's Jury when it meets today. You can read Alain's letter here.

The jury are listening to evidence and considering the legal, ethical, and medical implications of allowing people to help their suffering loved ones to die.

Their recommendations are due to be given to States members in June. A final report is then due in the autumn, with politicians then deciding whether the law should change.

Spain, Tasmania, and New Mexico have all voted to legalise assisted dying so far this year, with New Zealand set to do the same following a binding referendum.

Politicians in Guernsey voted against introducing assisted dying there in 2018.

"Our thoughts are with Alain and his family, and we are indebted to him for speaking out at such a difficult time. We hope States and Jury Members will listen, and recognise what Alain’s experience demonstrates so powerfully: banning assisted dying does not work. Jersey’s current law simply drives the practice overseas or behind closed doors, forcing dying islanders to take matters into their own hands away from the oversight and protection of the authorities and without the support of healthcare professionals.

"There is a more compassionate alternative: giving dying people the choice and control they desperately want, subject to strict safeguards and transparent regulation. Assisted dying legislation is being taken up by an ever-increasing number of states and nations around the world and is proving to be safe and effective by mounting evidence. Jersey can and should follow in their footsteps, and we echo Alain’s plea that States Members grasp this opportunity to make Jersey a world-leader on end of life choice." - Sarah Wootton, Chief Executive of Dignity In Dying.