Loganair Jersey Routes To Be Axed 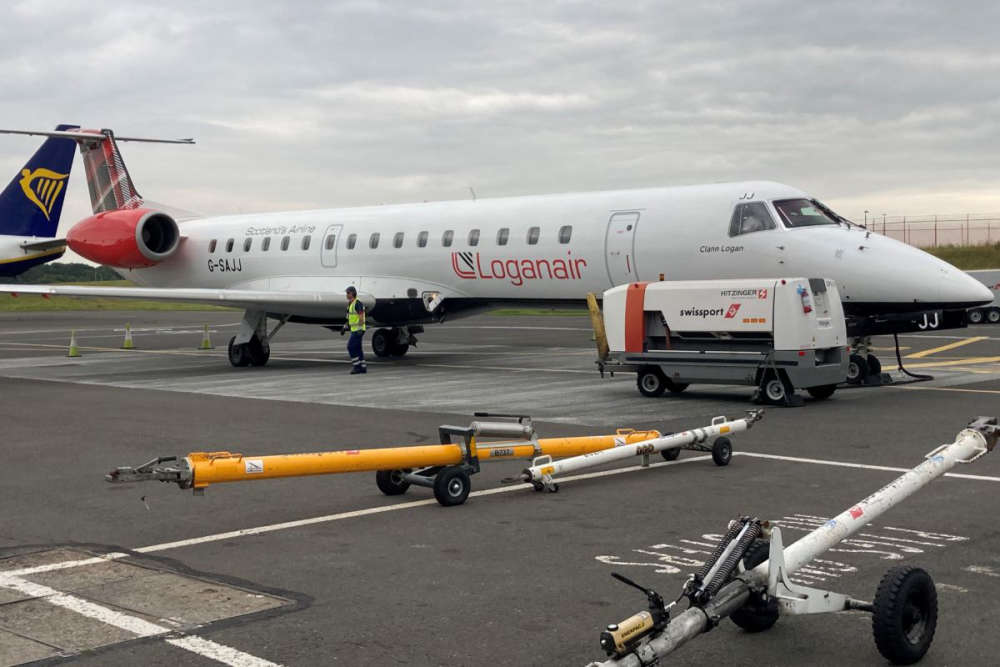 Loganair services to Jersey will be scrapped from the end of this summer season.

The Scottish airline introduced direct flights between Jersey and the likes of Edinburgh, the Isle of Man, and Newcastle in May.

They will continue until September.

Loganair says the Jersey service has been disappointing this summer, with poor customer demand making the route unviable.

"Loganair is pleased, however, to continue serving Jersey via its relationship with codeshare partner Blue Islands."

That partnership was announced last summer.

Disappointed to read this morning that @FlyLoganair have axed all their @JERairport routes for summer 2022, stating that routes were unviable. Hopefully other airlines will step in to meet demand for these services. @VisitJerseyBiz pic.twitter.com/HRxvti7ajn

It was announced yesterday (25 August) that British Airways will continue to fly between Jersey and Heathrow until at least March 2022.

Ports of Jersey CEO Matt Thomas says there has been a surge in passenger numbers in recent weeks, with almost 40,000 people travelling through Jersey's Airport and Harbour last week. That's the highest weekly total since the pandemic began:

"As customer confidence to travel returns, the aviation industry is beginning to ramp-up once more. The pace of the recovery for Jersey, where our passenger numbers last week were back to 65% of the same week in 2019 (pre-pandemic), is encouraging and far ahead of airports across the UK.

"At the same time, the marketplace is incredibly competitive. We are naturally disappointed by the announcement from Loganair that they will not continue to serve Jersey in 2022.

"It is a sobering reminder that we cannot take our connectivity for granted. The commercial pressures facing airlines show no sign of easing and so we will need to continue to work at our best with key stakeholders to protect and develop our critical connectivity."