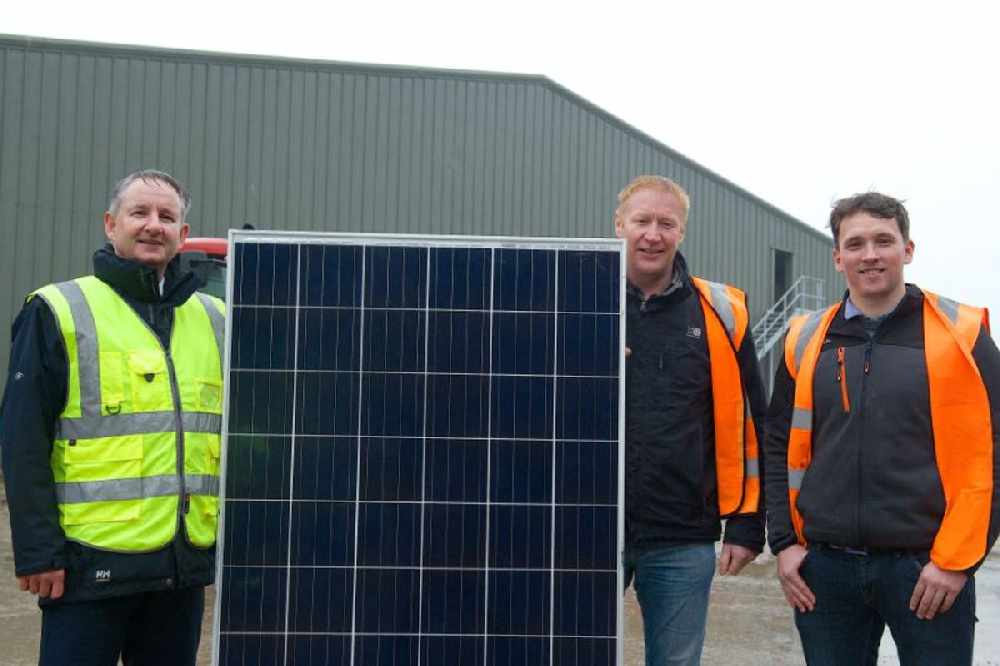 The largest solar PV array in the Channel Islands is going to be installed on the roof of a new barn at Woodside Farm in Trinity.

It's expected to generate nearly 250,000 units of electricity a year, enough to power 34 homes.

It's due to be operational in early Spring after Jersey Electricity signed an agreement with Woodside Farm owner Charlie Gallichan.

"Green energy projects like this are essential to ensure the future sustainability of modern farming businesses not only by minimising our environmental impact but also by creating a new income stream which will help to keep farming financially viable into the future."

It will be more than three times the size of the farm installed on the roofs of La Collette last June.

The news comes days after the government announced its initial strategy to reach carbon-neutrality by 2030.

"Jersey is on a journey to a carbon-neutral future and is in an enviable position compared with many countries because its electricity supply is already virtually completely decarbonised.

"One-third of our electricity is already derived from renewable hydro-electric sources in France and locally generated renewables sit comfortably with this. Whilst the Woodside project will not reduce the carbon emissions of Jerse's electricity, it is an exciting partnership that will increase the amount of local renewable electricity in our supply mix." - Chris Ambler, Jersey Electricity CEO.

Jersey Electricity is again partnering up with SunWorks to carry out the work with award-winning Norwegian REC panels.