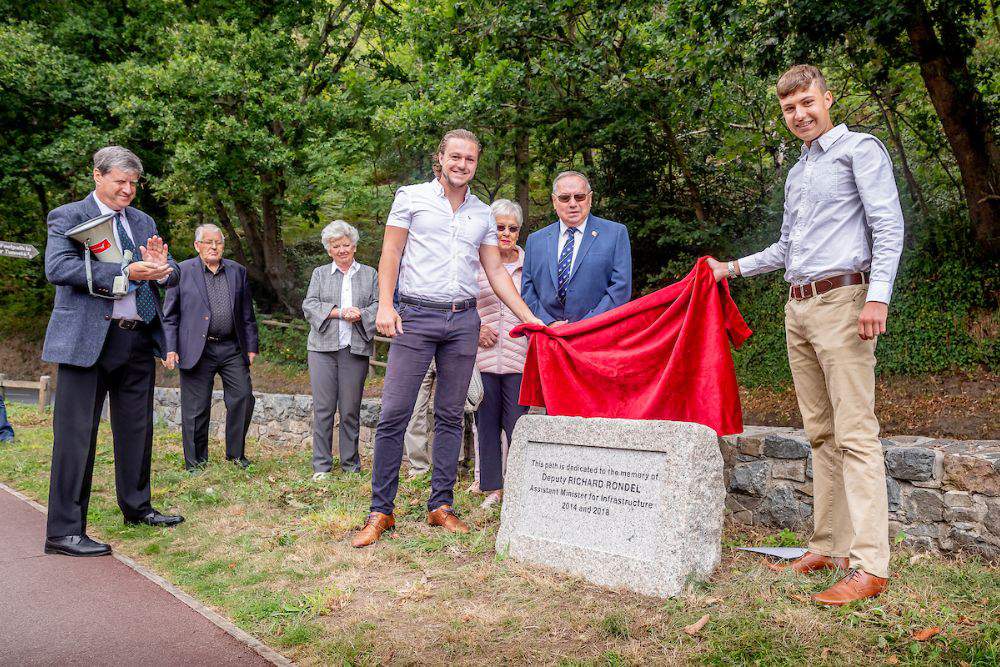 A memorial stone dedicated to the late Deputy Richard Rondel has been installed in St Peter's Valley.

It's next to the cycle path, which the Deputy supported the creation of during his four-year stint as Assistant Infrastructure Minister.

He died in November 2018, following a three-year battle with bowel cancer.

The stone was unveiled on the August Bank Holiday by Infrastructure Minister, Deputy Kevin Lewis:

“Richard was a huge asset to the Department for Infrastructure, he was always supportive both to the staff and to the Minister, and with a fantastic knowledge of the Island, he was an important and influential part of the department.

“He took a keen interest in the active travel side of the Ministerial portfolio. He cared about sustainable transport and developing the bus service and cycling. It is particularly fitting that the cycle path this place has been chosen for the dedication stone." 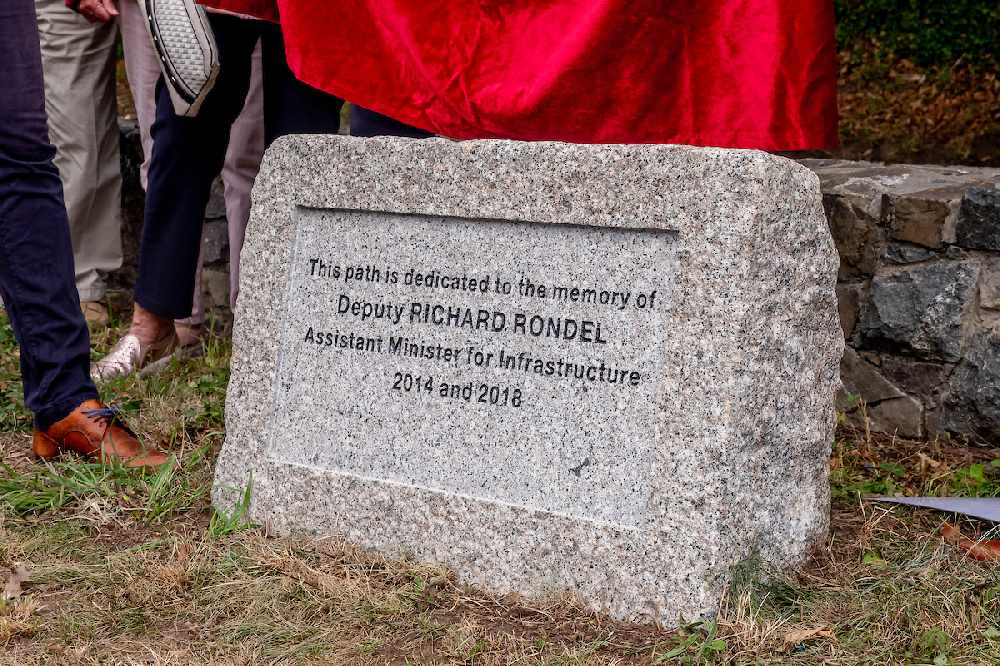 "For those of you standing here today with good health, don’t take it for granted, do the things you want to do, do not wait.

"We live in a strange world at the moment, and I often think what Dad would think about it all. Let’s all take this year and learn from it, not only making the most of every day, but also looking after our planet better, especially our beautiful island in which we are all so lucky to live on.

"One of the things we can do is cycle more, and make the most of the cycle paths we have on the island, like the one we stand upon today."