Businesses Asked About Next Minimum Wage 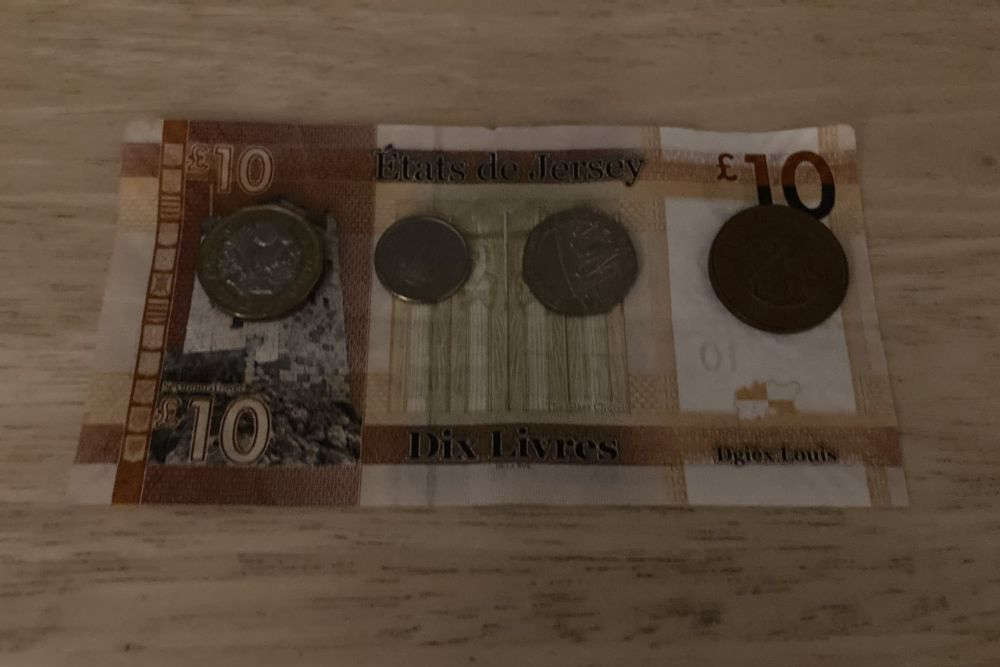 More than half of Jersey Chamber of Commerce members who responded to a survey think the island's minimum wage should align with the living wage. 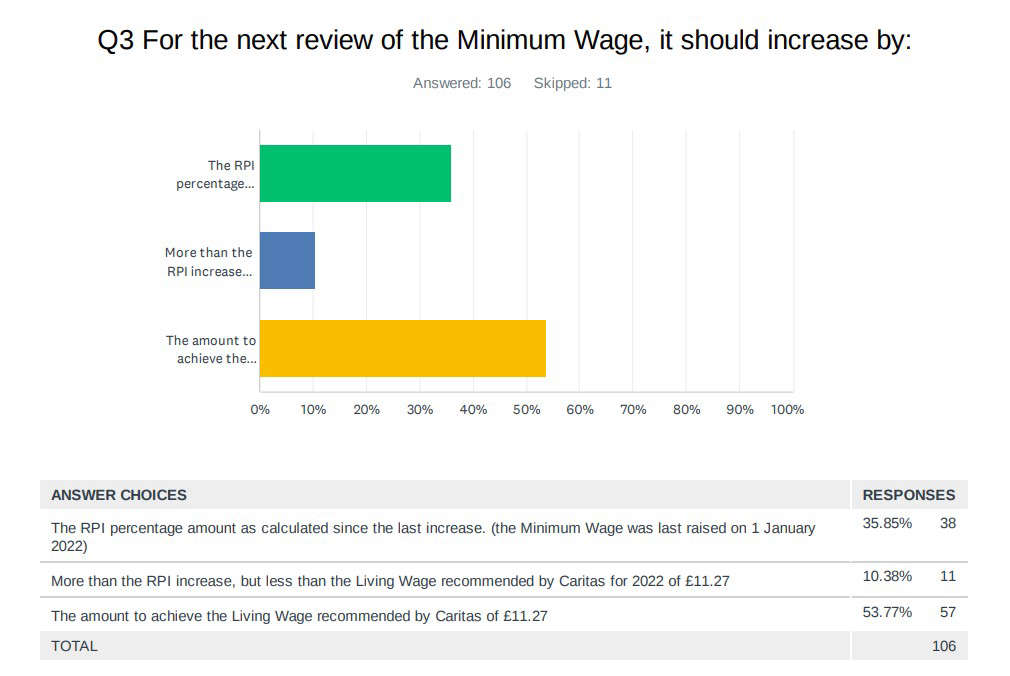 Some business representatives said it should increase by another amount.

1 - "I don't think any serious business pays the minimum wage or their staff will find alternative employment. The minimum wage has become irrelevant because market competition for labour has pushed up costs considerably in the last year.

Only a very high increase in the min wage will directly push up wages. Now is the time for Government intervention to withdraw and for the market to set the rate of pay."

2 - "Obviously more than the minimum wage but within the financial ability of our company."

3 - "Everyone should be paid the living wage as a minimum, it is crazy that it isn't already."

4 - "The ammount (sic) that the employee is valued and worth."

11 of the 115 say some of their employees are paid the minimum wage and 63 pay their staff above it.

The rest say their staff are already paid more than the living wage. 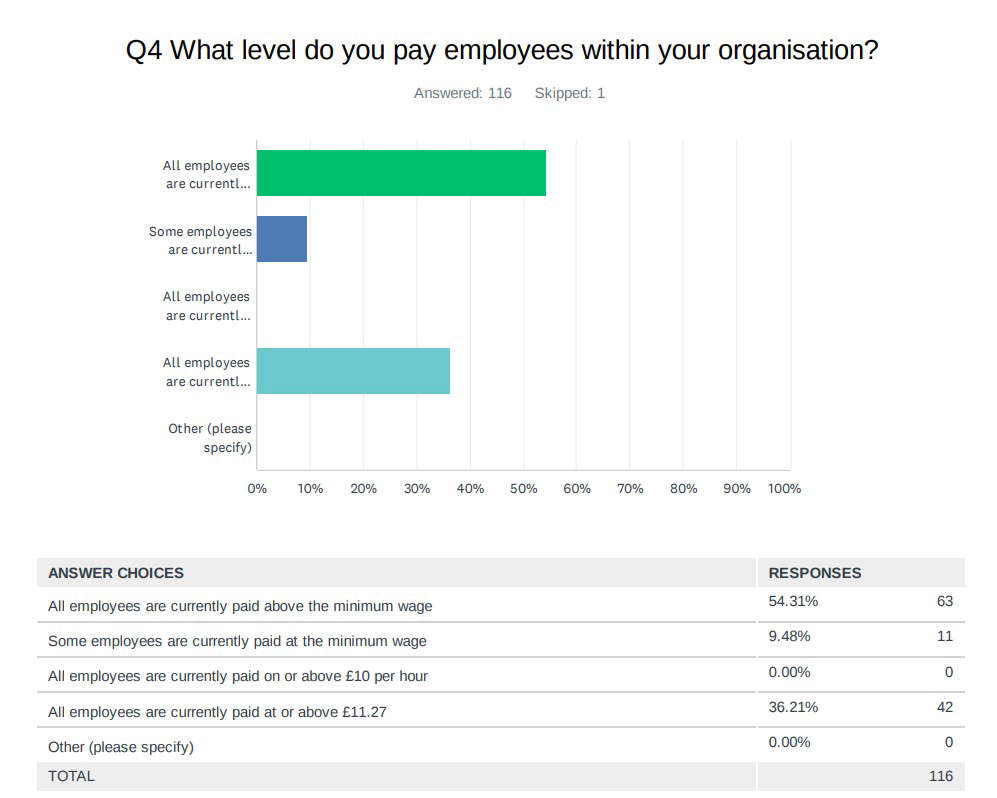 A question asking if any increase to the minimum wage would increase business payroll costs got a split response.

27 strongly agreed that it would, 25 strongly disagreed and 22 neither agreed or disagreed. 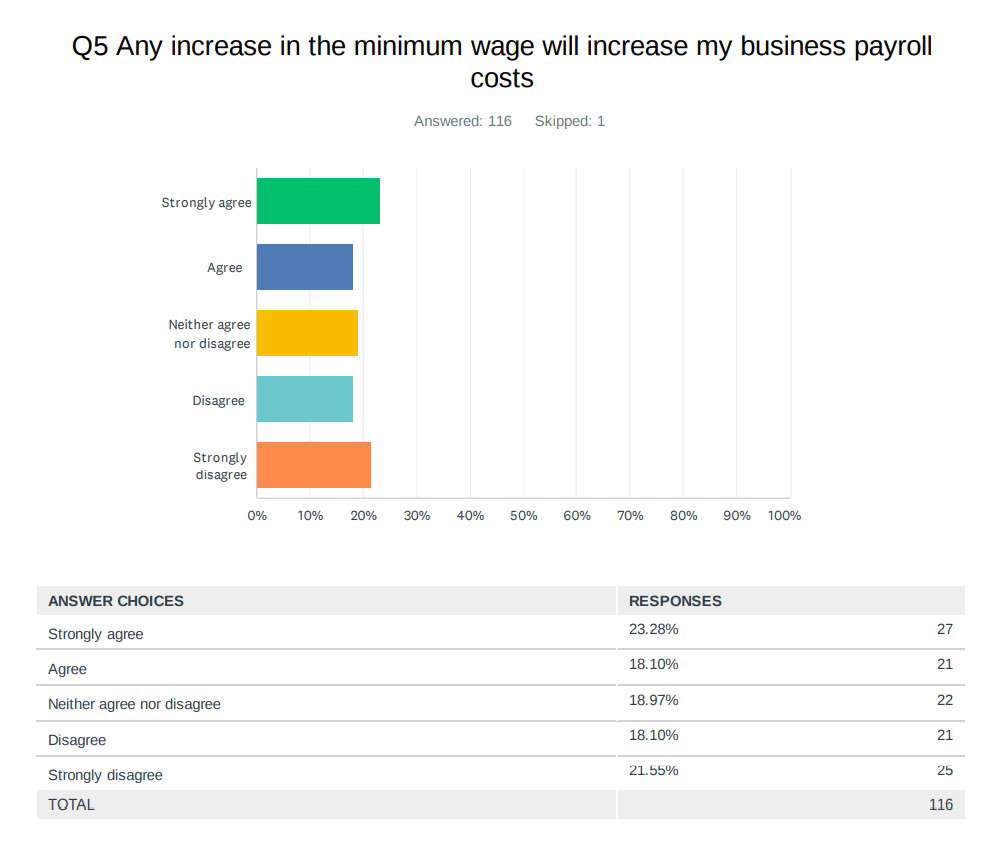 The Jersey Employment Forum is currently looking into what the next minimum wage should be.

Recommendations will be given to the Social Security Minister later this year.

The Jersey Chamber of Commerce and Jersey Employment Forum met last week to discuss the findings.

One of the first States Assembly votes in September will be on whether to increase the minimum wage to £10 an hour from October 2022 and ask the Social Security Minister to bring forward a scheme to align the minimum wage to the living wage by the end of June 2023.

The last States Assembly set a target to raise the minimum wage to two-thirds of median earnings by the end of 2024.