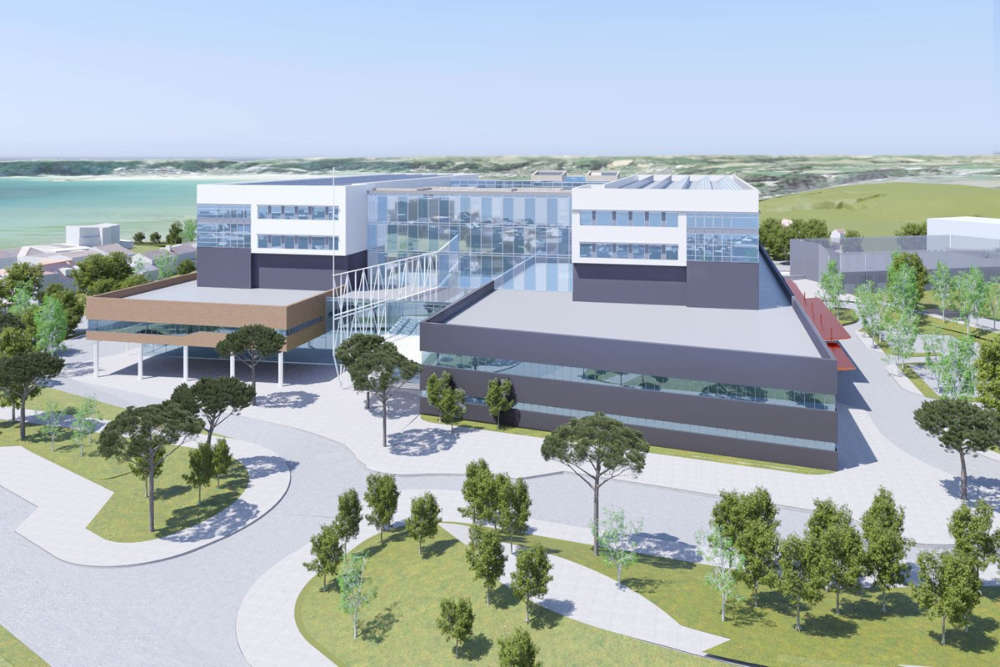 The States Assembly has voted, following a two-day debate, to approve a budget of £804.5 million for the new hospital project, and to borrow £756 million to finance it.

It's after the States Assembly rejected a bid to reduce the budget by £250million and to cap borrowing at £400million.

The government put forward the larger budget proposal and called on States members to approve the project so work can progress to getting the hospital open by the end of 2026.

The loan of £756 million will be split equally between two bonds and have to be repaid in 40 years.

£59.5million has been spent on the project so far, with that set to go up to around £70million when the planning application is due to be submitted in November. 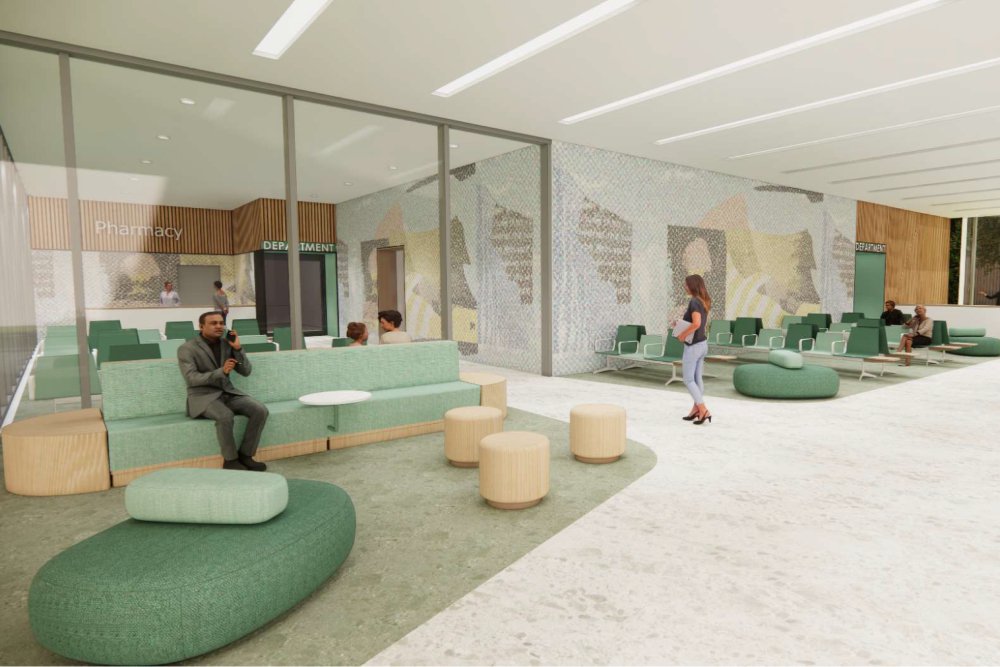 The height of the planned hospital, the roof, and the size of the building have been reduced in designs published last month. 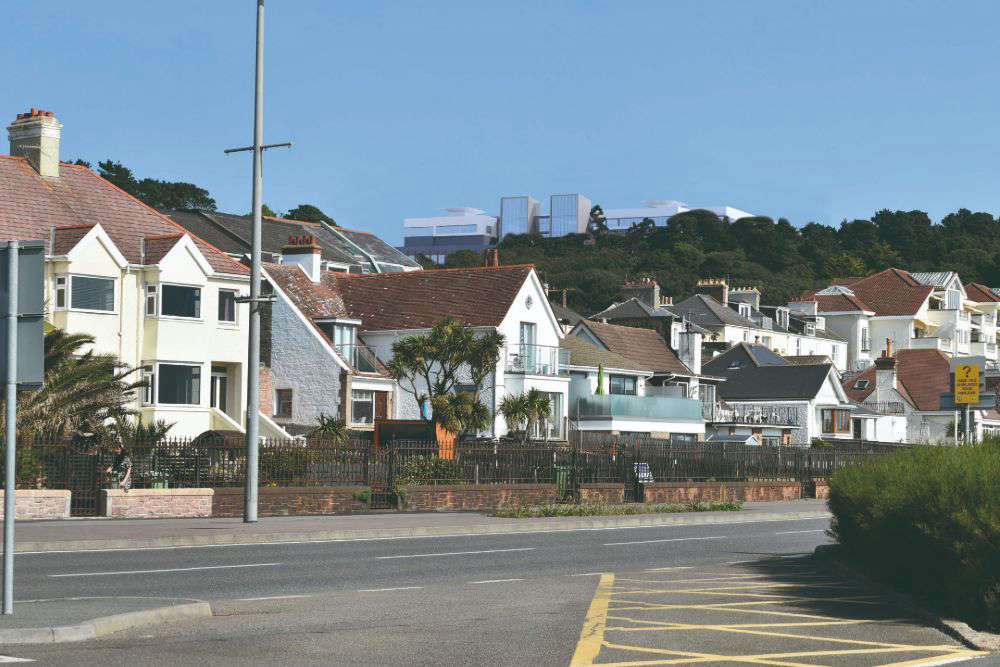 Senator Lyndon Farnham, the political lead for the project, said the Council of Ministers was proposing the most optimum solution, given the government's strong financial position.

"That hospital will be akin to having five hospitals in one. We will be a general hospital, an ambulatory hospital, an acute and specialist services hospital, we will provide extra facilities the island has never seen before for maternity, women, and children, and of course, we will be co-locating adult and children's mental health services.

"There is a strong rationale behind this proposal. Interest rates are at a historic low, borrowing at a fixed rate provides certainty by inflation-proofing the bond repayments.

"If interest rates rise, the bond repayments will not rise. Investment returns will cover annual financing costs and the growth in the reserves will repay the capital. 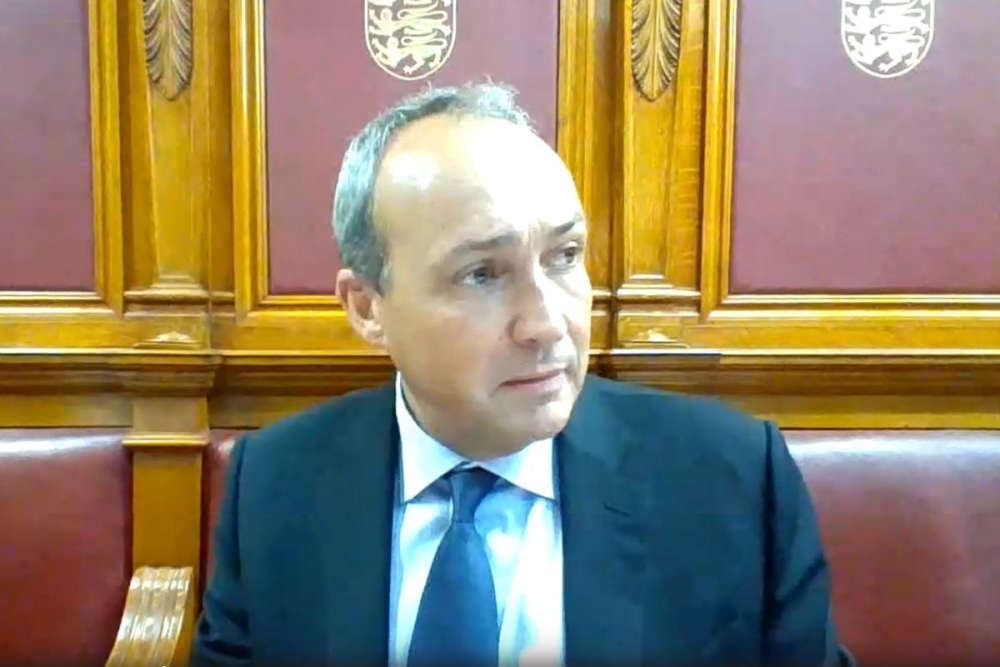 "Depletion or delay now may require borrowing in the future, when interest rates are likely to be higher. Our modelling of the strategic reserve clearly demonstrates that a debt-funded solution retains a far higher value than a reserve-funded solution.

"Our expert team has diligently and thoroughly analysed the level of investment necessary to complete the project. The costs have been meticulously scrutinised by the project team, the political oversight group, government officers, and by independent advisors appointed to make sure Jersey is getting the right hospital and is getting the best value for money."

The Future Hospital Review Panel scrutinised the Council of Ministers' plan, carried out a number of public hearings, and received 130 public submissions.

It concluded that £804.5million was not an appropriate sum and asked for it to be reduced to £550million.

Despite Senator Farnham and other members of the government saying they were confident it would be delivered well within the £804.5million budget, the Review Panel said assurance alone was not enough.

Chair Senator Kristina Moore told States members that detail in the outline business case was lacking, and claimed the government project was 'off the rails'.

"The proposals being brought by the government do not achieve what was promised and they are based on inadequate information.

"We all want to deliver a hospital, just not at any price, so that is why we are bringing this amendment and offering a solution, a way forward, a pragmatic approach to this project.

"Members will be warned this amendment will stop the project in its tracks. We say this assembly should not be asked to commit the island to such significant spending and borrowing based upon inadequate information and a process that has not sought to meet the promises that were given to this assembly when they backed the move to a new site. 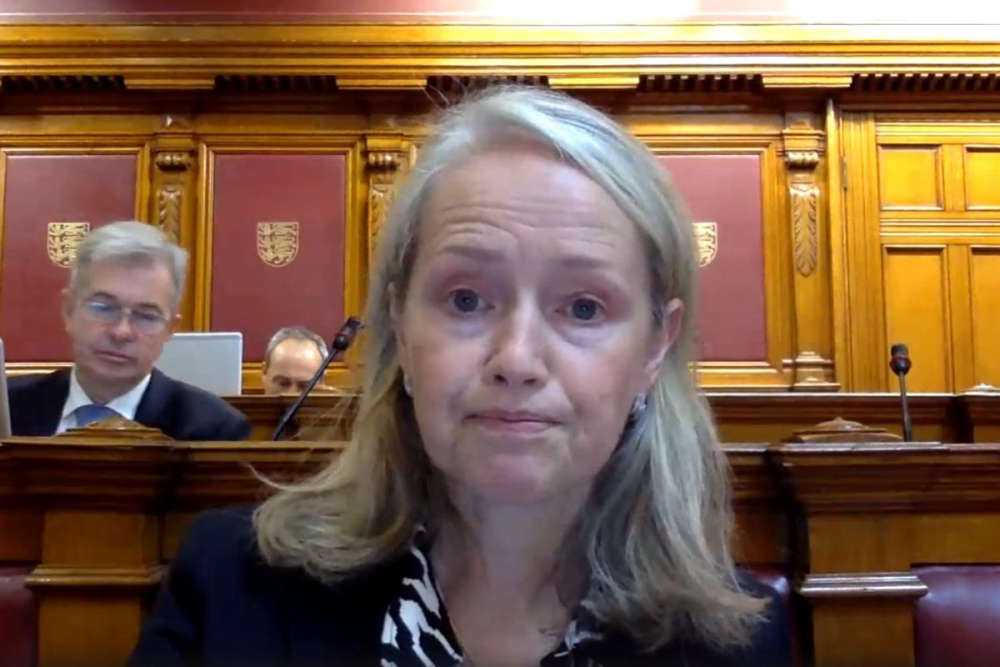 "Of course, money is cheap to borrow at the moment, but why borrow so much for a project that hasn't justified its size or scale and hasn't even received planning permission yet?

"Who or what will bail out Jersey if this plan to borrow the equivalent of a whole year's revenue goes wrong?

"The purpose of this amendment is not to stop this project, we all want to deliver a hospital and in good time.

"It is simply to put this project on track, as it is off the rails."

A passionate debate then ensued over the next two days, with many arguing over whether approving the smaller budget would stall the project, as many in the government were claiming.

The government was accused of 'holding a proverbial gun' to States members' heads and burdening islanders of the future with massive debt.

Members of the Council of Ministers insisted that delay, if the reduced budget was approved, would be unavoidable as plans would have to be redrawn to work within the £550million budget.

Supporters of the reduced budget argued that the government could make the case for more funding in the future, if necessary.

But ministers said the plans were for a first-class hospital and level of healthcare that islanders deserve.

Members of Reform Jersey announced prior to the debate that they would support the amendment.

Our statement on the proposals for funding the new hospital. pic.twitter.com/QjJb3hzcic

Deputy Gregory Guida, the leader of the Alliance Party, used his speech to ask Reform Jersey to change their votes - and if they did, he would not stand at the next election.

Senator Farnham's Assistant Minister in Economic Development, Sport, and Culture - Deputy Kirsten Morel - voted for the reduced budget after echoing the words of then-Deputy John Le Fondre in 2017, who aired concerns about the level of borrowing for a previous hospital scheme iteration.

Two protests were held in the build-up to the debate at People's Park and in the Royal Square. 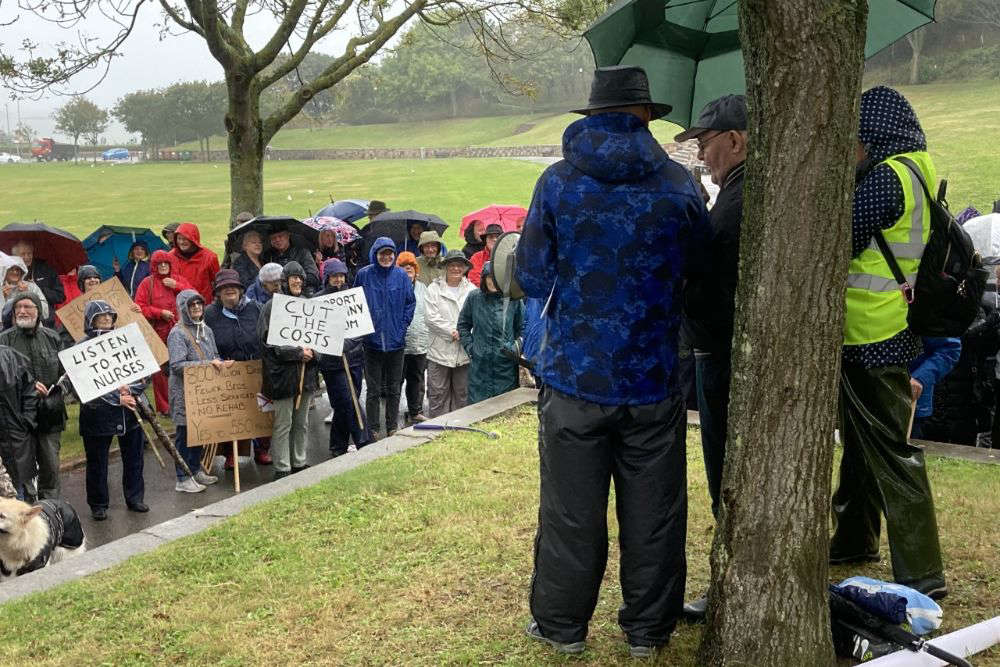 Despite that, the States voted against the reduced budget and level of borrowing by 26 votes to 22 and in favour of the £804.5million budget by 32 votes to 14.

Those to vote against approving the £804.5 million budget and borrowing £756 million were:

Many States members who voted for the reduced budget urged the government to be transparent and limit spending as much as possible.

"I think, quite understandably, many islanders think OK, there's hundreds of millions of contingency, it could be done for 600 (million), 650 (million), something like this, but we all have that sense that the construction firms involved will see the contingency and see that as just part of their budget.

"I ask Senator Farnham, please do continue to challenge and try to bring the costs of that hospital down because every million that we don't spend on that hospital is a million that could be spent elsewhere." - Deputy Kirsten Morel.

I'm disappointed that we couldn't get the States to agree to a lower cost of the hospital but now the debate is over, we really do need to get on with the design, planning process and build. I'll remain very concerned about the levels of debt we'll be leaving future generations.

"I make this request of the government of this island - be open and honest about what you are doing with this huge amount of money.

"Do not play politics by the election by suddenly saying 'by the way, it's OK, because of our sound management we've managed to get the costs down by £200million so it's OK everybody, we didn't need that money anyway." - Deputy Rob Ward.

In response, Senator Farnham said they will not borrow or spend more than they need to.

"I can assure Deputy Ward, Deputy Morel, and members that we will do everything we can to deliver the project that we need for the best possible price."

"The money is retained and invested in the strategic reserve and transferred out as and when required.

"The integrity and purpose of the strategic reserve is still preserved."

Former Treasury Minister Philip Ozouf has criticised the decision and accused the States Assembly of casting aside decades of fiscal prudence.

A bloated hospital budget albeit much needed lite on detail