Check Your Shed For Asian Hornets 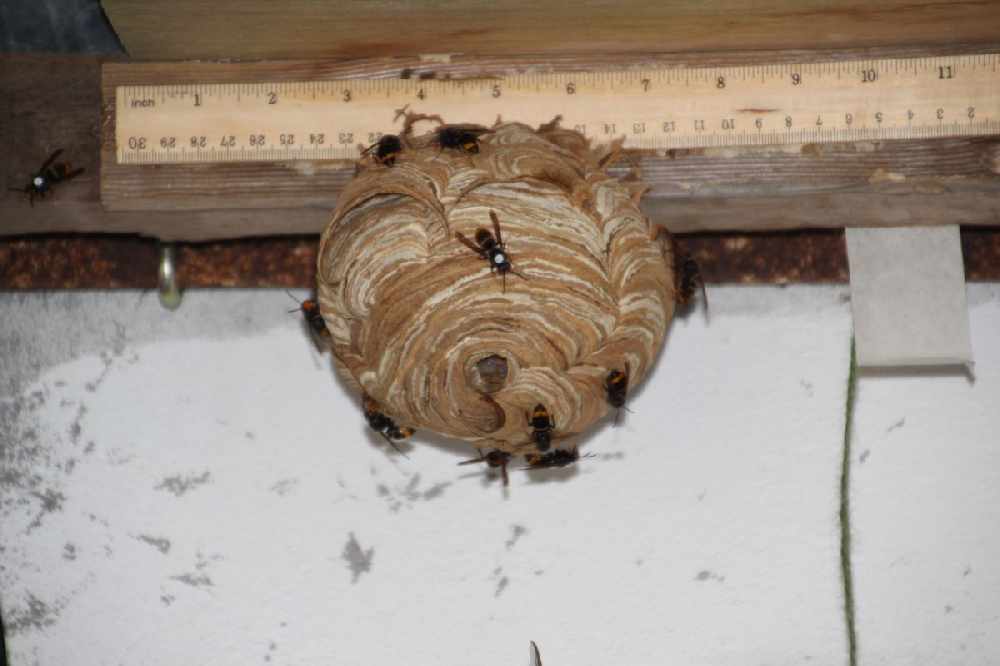 Jersey's Asian Hornet co-ordinator wants us to keep a look out for primary nests, following a quieter 2020 than expected.

There have been 42 reports of queens, compared to 68 during the same time last year.

Alastair Christie says being quieter is a good sign, but it might be the calm before the storm;

"We have what we call our June lull, but we are expecting the number of reports of hornets to go up at the end of the month and into July.  We are ready to deal with those- to receive the reports and to track the hornets we find back to their nests."

One theory for the lower numbers is that the very wet winter has killed a lot of the hibernating queens off.

"Experts believe fungus does a lot of damage to hibernating queens in damp conditions, so that's a good thing for us."

Mr Christie is urging islanders to be vigilant and report any possible sightings, describing the public as 'our best weapon in the fight against this invasive species'.

We should be checking sheds, porches, barns, car-ports and lean-tos for nests.  They are most often attached to the ceiling or roof beam.

The nests are beige-coloured spheres with an entrance hole at the bottom.

At this time of year they are likely to contain a queen and some worker hornets which will come and go with food and building material.

If you spot one, do not disturb it.  Report it via email to [email protected] (with a photo if possible), call 01534 441633, or use the Asian Hornet Watch app, free to download from app stores.