LG Leads Tributes To Her Majesty 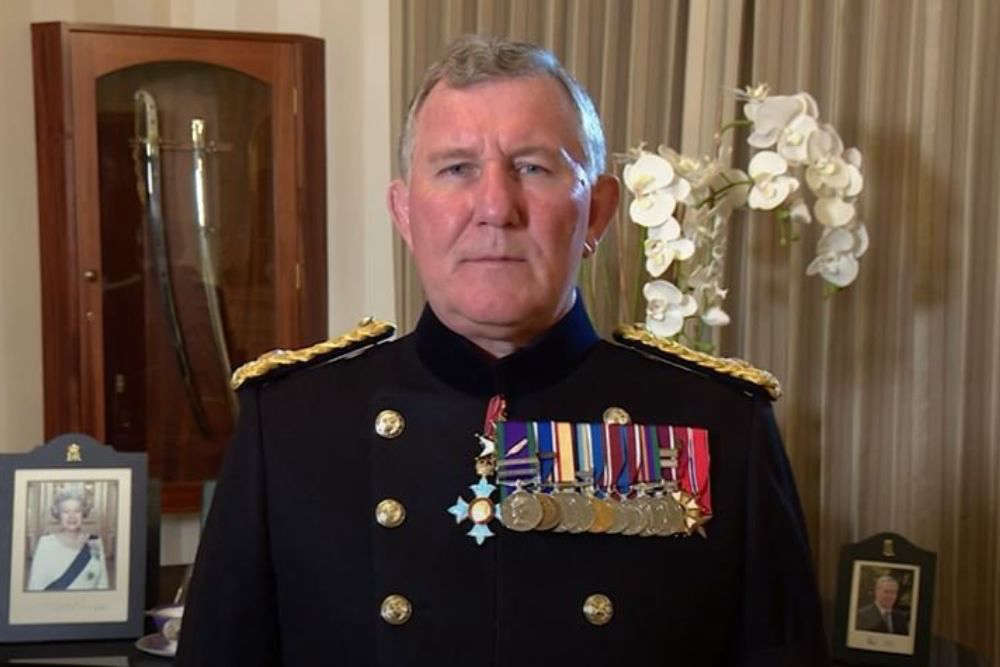 Guernsey's Lieutenant Governor has led tributes from the bailiwick following the passing of Her Majesty The Queen.

His Excellency the Lieutenant-Governor, Lieutenant General Richard Cripwell CB, CBE has sent an official message of condolence to the Royal Family on behalf of islanders.

"We, the Lieutenant-Governor and the Bailiff of Guernsey, the Deputy Bailiff, the Royal Court and the States of Guernsey, the President and the States of Alderney, the Seigneur and the Chief Pleas of Sark, and all the people of this Bailiwick with humble duty beg leave to offer to His Majesty The King and His family our respectful and sincerest sympathy on the death of Her Majesty Queen Elizabeth II, whose long and loyal reign stands as an inspiration to us all. Her Majesty will always be remembered with great affection across our islands, which she visited on six memorable occasions."

Details have been released about the period of national mourning the islands will now observe.

“I served Her Majesty Queen Elizabeth II in the Army for more than 40 years and it has been my honour and privilege to be her personal representative in the Bailiwick since February 2022.

It was my most sad and solemn duty to receive official notification of the passing of Her Majesty and to convey it to others in the Bailiwick.

Even in this time of great sadness, I know that everyone in the Bailiwick will always remember Her Majesty’s exceptional devotion to her people, her extraordinary service to those she represented and her love of these Islands.” - LG Richard Cripwell.

Guernsey's Bailiff Richard McMahon says Her Majesty 'offered an example to us all  in her enduringly strong sense of duty and public service'.

"She was an important figurehead for the UK, for the Bailiwick of Guernsey and for many other parts of the world throughout her reign. On behalf of the people of Guernsey, I have asked His Excellency the Lieutenant-Governor to send the Bailiwick’s official condolence message to Buckingham Palace.”

“Like many in our community, for as long as I can remember Her Majesty Queen Elizabeth II was the sovereign. As the longest reigning monarch in British history, she represented continuity, constancy and commitment to people in the Bailiwick and around the globe. It is sad, strange and unsettling to hear that Her Majesty is now lost to us.”