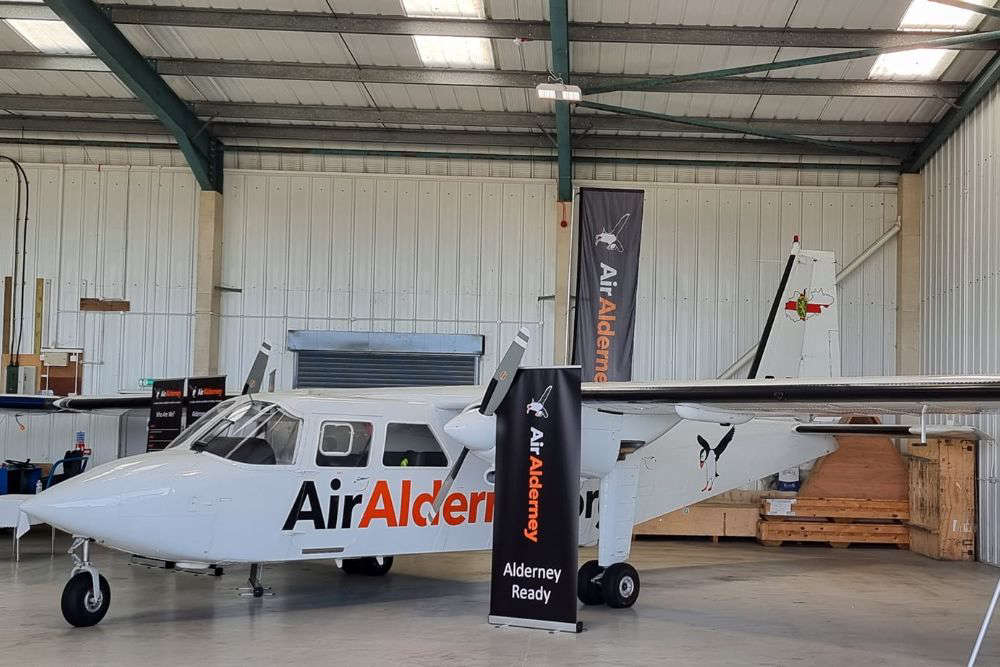 The fledgling UK based airline, Air Alderney, has three aircraft in Guernsey today (10 November) to show deputies, business leaders and even schoolchildren that it's ready to begin commercial operations.

The Shoreham-based airline wants to use its own Britten-Norman Islander aircraft between the UK, Alderney and France.

The aircraft has been used previously on the UK route by both Aurigny and Le Cocq's.

"We're here to show Air Alderney for who we are and what we want to achieve.

We're here to show that we have an Alderney ready solution to the difficult challenge that is air links between the islands."

The showcase comes ahead of a States debate later this month, when Policy and Resources, STSB and Alderney's two representatives in Guernsey's States will try to persuade deputies to spend £24M on lengthening, widening and resurfacing Alderney's runway, as well as rebuilding the airport terminal and upgrading fire fighting facilities.

Air Alderney's choice of aircraft means it doesn't need a longer runway, although it agrees that the runway does need resurfacing.

Alex Cray says that's the beauty of their operation:

"We can show that we are a viable option for services between the islands. But we're not just an option, we're a cost effective, reasonable and affordable option for the travelling public."

Its also has a live licence issued by the States of Alderney but it wouldn't give Air Alderney exclusivity of operation.

To be able to begin operations, it will need a baggage scanner installed at Alderney Airport to adhere to current UK air safety guidelines.