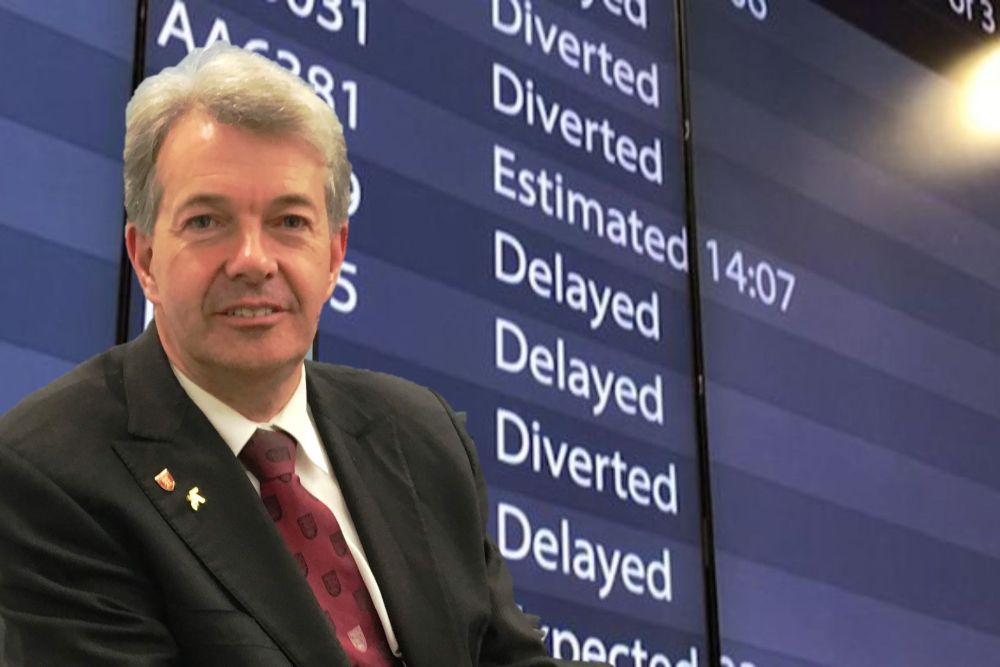 There was a delayed start to today's States sitting after a vote was called over how to record the Chief Minister's absence.

Senator John Le Fondré hasn't returned to the island after his half-term holiday because fog disrupted flights on Sunday.

The States Assembly was told he couldn't get another available flight until tomorrow.

Deputy Kevin Lewis told the Assembly that the Chief Minister is working from the Government of Jersey's London Office and attended a Council of Ministers meeting via conference call on Monday.

But Deputy Mary Le Hegarat questioned whether the Senator should be excused or marked as absent without good reason.

Deputy Mike Higgins called it 'petty' and asked for the Assembly to 'be more generous'.

Deputy Rob Ward said recognition of the difficulties getting back to the island should be extended to all public servants:

"If we are going to do this for our Chief Minister, let's look across all our public services and be equally as accepting of the difficulties people face."

The Chief Minister had been due to face questions without notice at today's sitting.