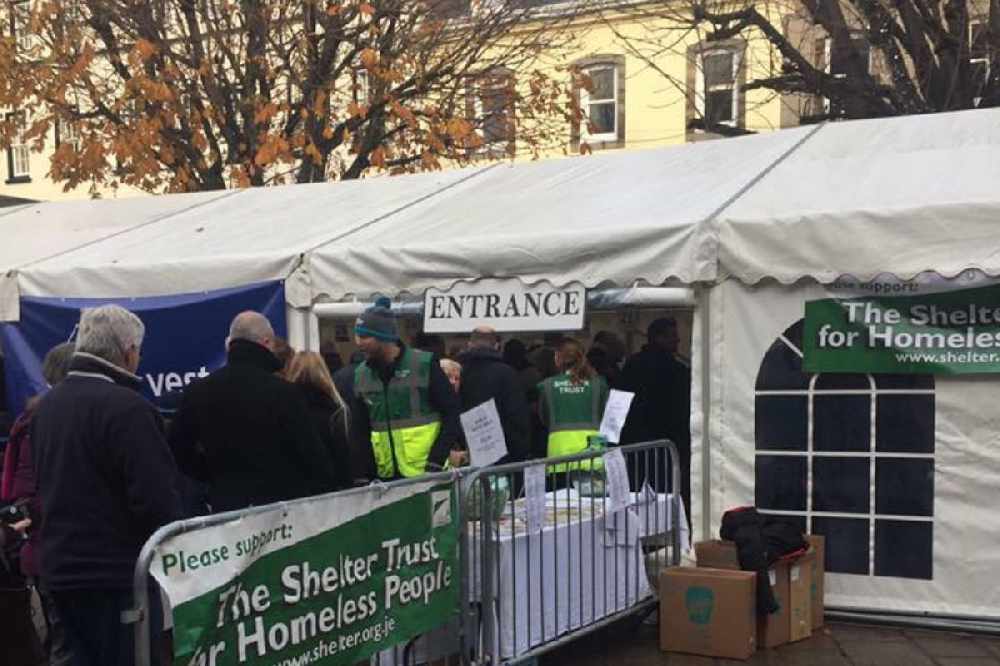 Soup is being served up in Jersey's Royal Square as the Shelter Trust's annual fundraiser returns to its usual format following last year's changes because of Covid.

The event went virtual in 2020, with islanders asking to pick a flavour, donate £3 and be entered into a draw.

Today (7 December) the soups are being dished out for real again, although the usual choice of 40 has been halved to allow more space between queues.

Organisers still expected to serve up more than 3,000 mugs of soup.

The soups have been donated by the island's top hotels, restaurants and supporters, with bread donated by island's bakeries.

All the money raised from this 23rd Soup Kitchen will go directly to Shelter Trust's work with the homeless.

The charity has helped more than 500 people so far this year, with demand for its services as high as its ever been.

"The number of people we are sleeping every night is 100  - every night.  That's an increase from where we were before the pandemic. We need as much support, and awareness of the homeless situation in Jersey.

We are hoping the public will be much more aware this week of the homeless in Jersey leading up to Christmas and be thinking about how they can support the homeless."  - Richard Robins, trustee.

Among the servers will be Lady Dalton, wife of His Excellency the Lieutenant Governor.

There will be festive music and carol singing by school choirs. 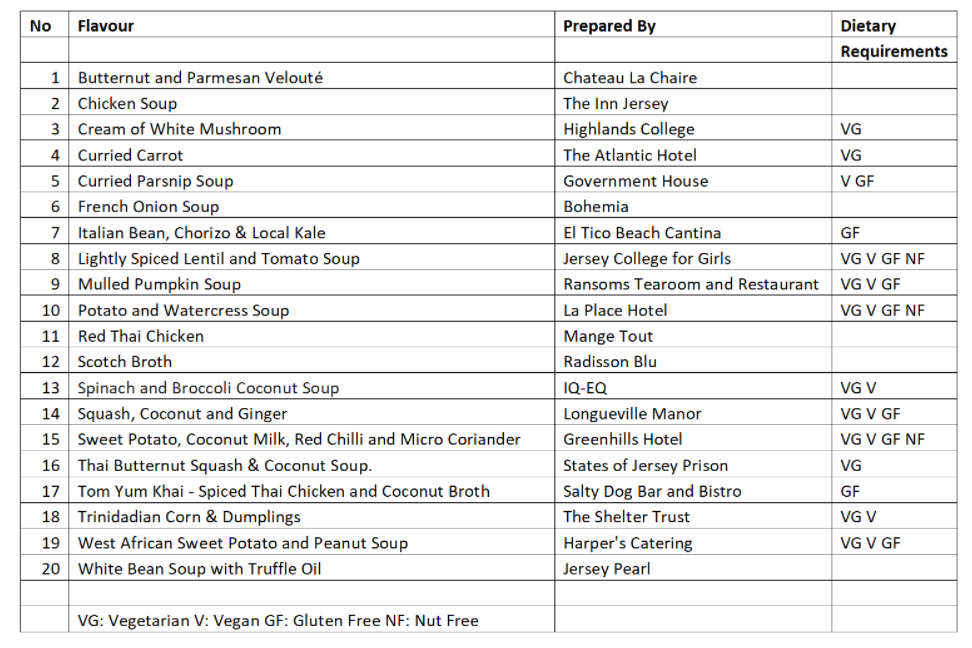