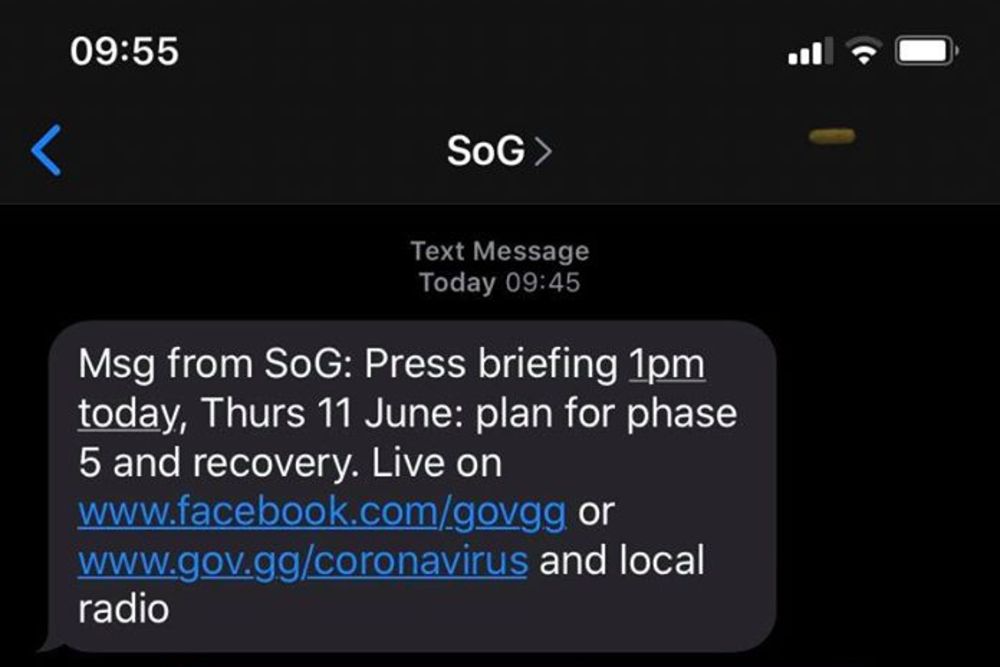 Some Jersey customers received the notification from the States of Guernsey.

Some islanders have raised concerns personal data might have been breached after receiving text messages from the States of Guernsey.

Both islands' governments are set to hold press conferences this afternoon, announcing moves to the next phase of their respective lockdown exit plans.

Commenters on social media voiced their confusion as Guernsey's briefing is due to begin at 1pm, with Jersey's Chief Minister and Economic Development Minister making their announcements an hour later. 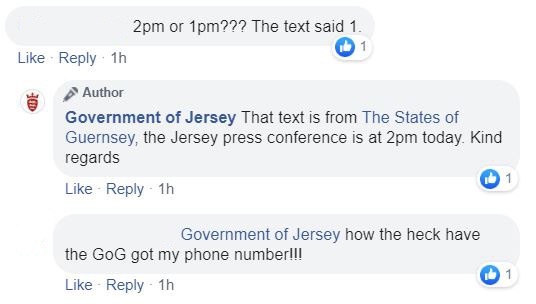 Responses to the Government of Jersey's media briefing announcement on Facebook.

The telephone operator affected, Sure, sent to all numbers on its network, rather than any Jersey customers' personal mobile numbers being shared with the States of Guernsey.

The Government of Jersey has reassured islanders that notifications are sent out by individual phone operators, explaining why only certain people received the message:

"Sure has apologised for sending a States of Guernsey text message to some of their Jersey customers in error.

"They will be sending another text to clarify that Jersey’s Chief Minister will be leading a press conference today at 2pm."

We apologise for sending a States of Guernsey text message in error to some of our Jersey customers this morning. We are sending a corrected text message out shortly and would like to clarify that Jersey’s Chief Minister will be leading a press conference today at 2pm. @GovJersey