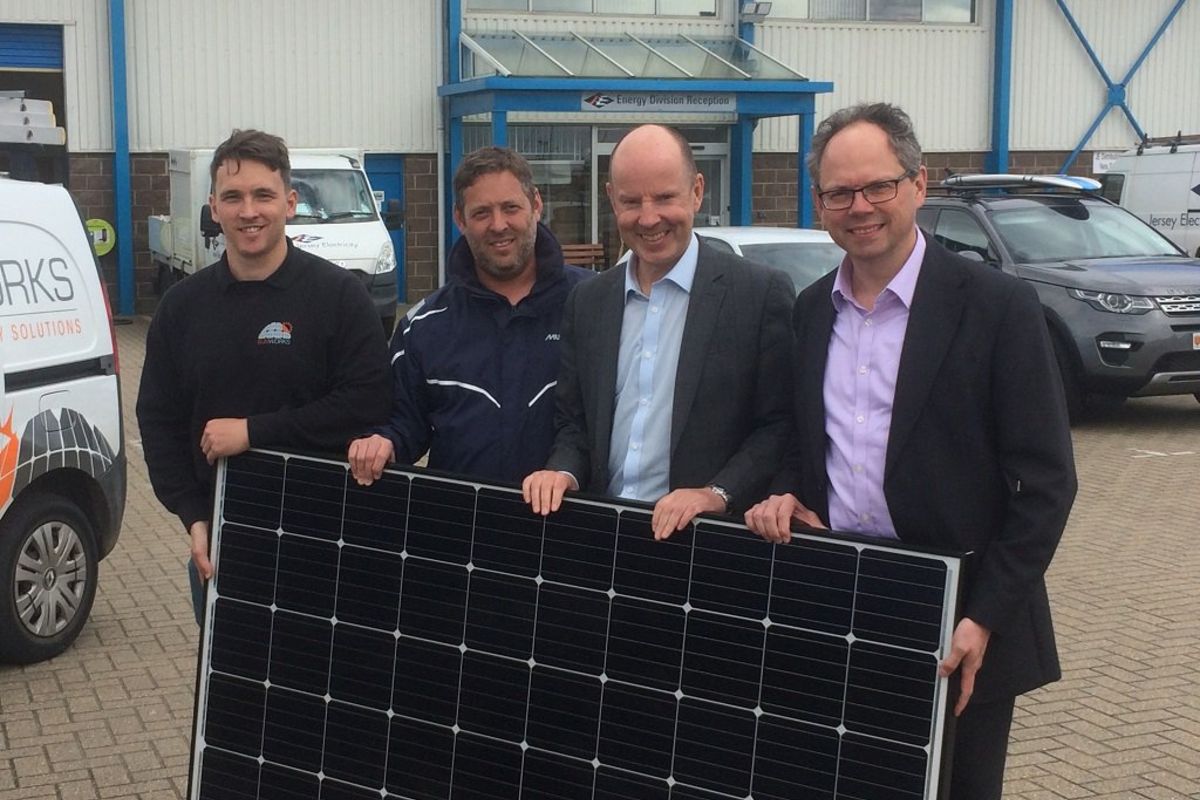 The island's largest solar power farm is being installed at La Collette.

It'll be on top of Jersey Electricity's building, and will be able to generate enough power to supply 11 homes for a year.

We're putting the Island's largest solar array on roofs at the Power Station to generate solar power for all islanders. https://t.co/MRJcyF4Uko pic.twitter.com/vQgGvrPkoj

The utility company's CEO, Chris Ambler hopes it's just the first of several solar farms in the island, saying 'there's been an appetite for locally-generated renewable power':

"Jersey already benefits from an almost completely decarbonised power supply, a third of which even today is from renewable hydro-electric sources. This solar project is one of a series that we are looking at that will diversify energy sources to include local renewables. Although introducing local solar into our energy mix will not result in further carbon reductions as it is unlikely to displace fossil fuels, we are seeing an increasing appetite for locally-generated renewable electricity."

Mr Ambler says the new solar array will be four times as large as the one installed at the Powerhouse on Queen's Road back in 2013:

"We have been exploring how we can economically deploy solar PV since we installed our own array on the Powerhouse six years ago. Last year we announced plans to facilitate a larger scale pilot export-only, ground-mounted solar farm and I am pleased to say we are making good progress. This roof-top array has not required planning permission and been easier to expedite and we hope it can be the first of several in the Island."

They'll be able to generate over 80,000 kWhs a year, the equivalent needed to drive an electric car 336,000 miles or power 11 average residential properties.