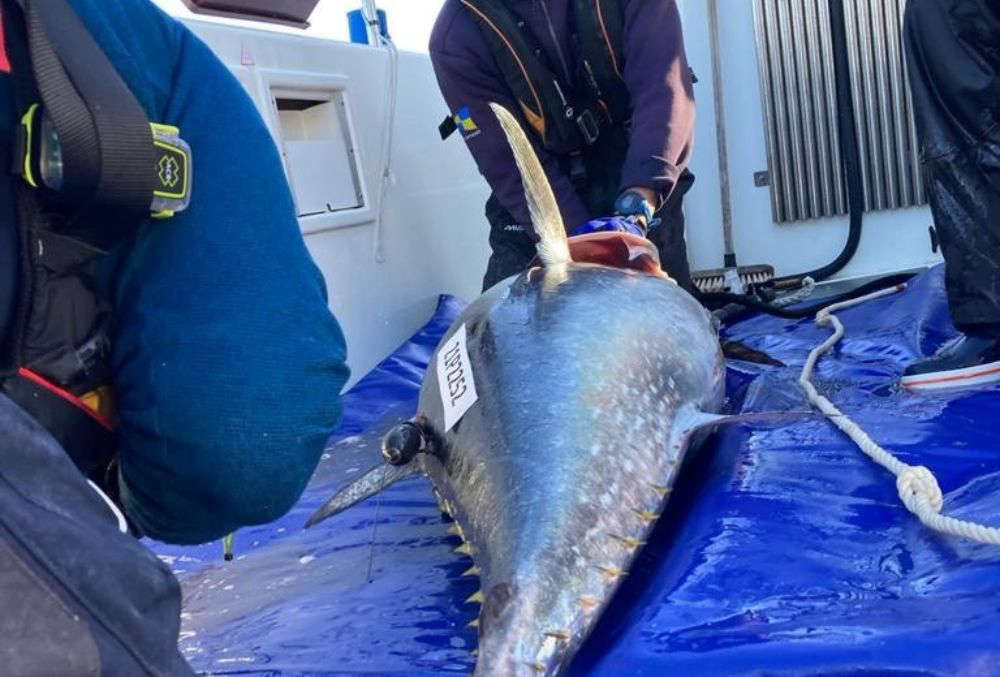 Marine Resources staff have been tagging more bluefin tuna to find out more about the species and its migration pattern.

Seven more tuna have been tagged as part of a project which aims to find out more about the movements and behaviour of the fish.

It takes the sample-size so far to 14.

The research project is in its second year and uses state of the art satellite tags which automatically detach from the fish after a year or two of collecting data.

Alex Plaster, Marine Science and Research Officer, says two of last year's tags came off close enough to be collected.  One was 70 miles west of Jersey and the other just off Les Minquiers.

“The data we receive from the satellite tags tells us crucial information to manage this resource such as how long they are in our waters for and what they are doing here. We have found out some of these fish are travelling as far as Turkey." 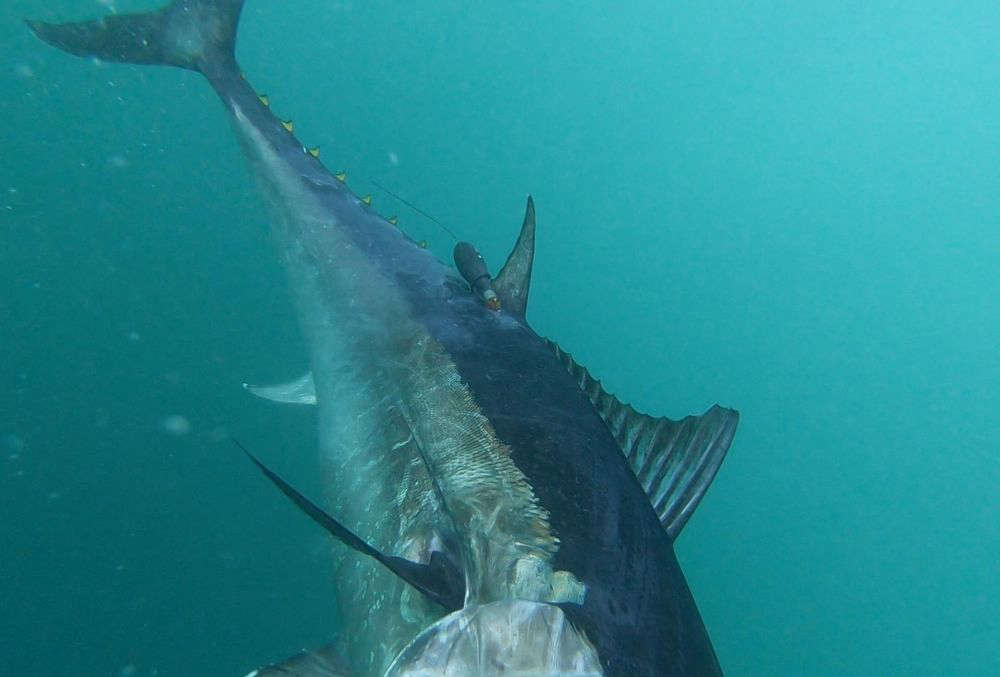 The University of Exeter has analysed four of the tags that were used in 2021. The data shows:

The Wildlife Law protects bluefin tuna from being targeted or landed in Jersey waters. However, three of the fish tagged last year were caught before tags were detached.

Marine Resources will publish a report on the findings next year.