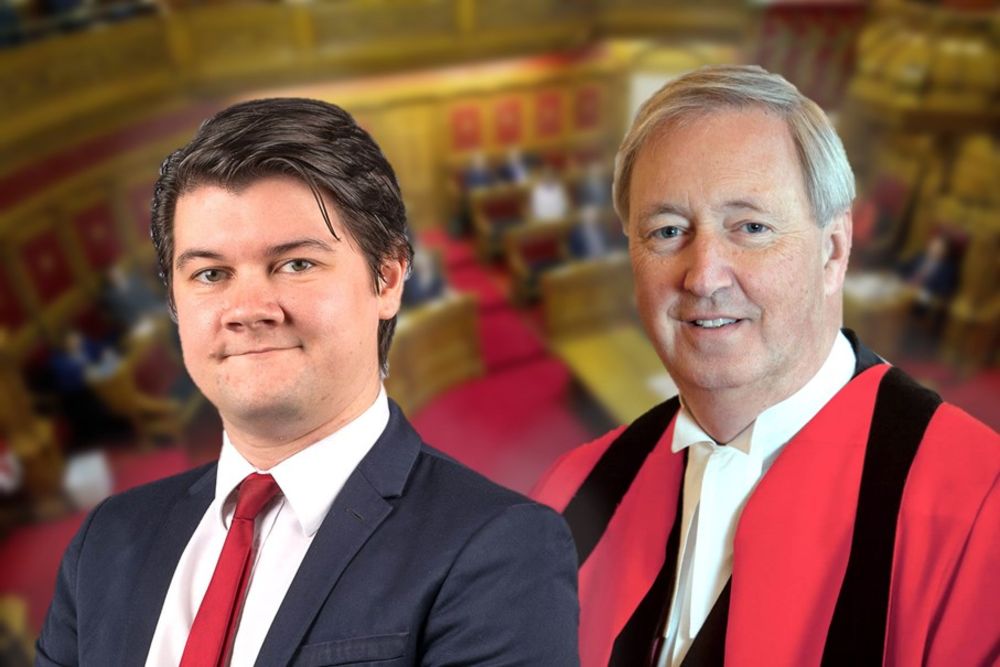 The Children's Minister has slammed the Bailiff's decision to condemn the Jersey Care Inquiry's criticism of his dual role.

Senator Sam Mezec says he thinks it's 'wrong and damaging for the States Assembly's Presiding Officer to denigrate the work of the inquiry'.

Sir William Bailhache used the final States sitting before his retirement to heavily criticise the Inquiry Panel's call for the separation of the Bailiff's powers as both head of the judiciary and president of the island's parliament.

He said that conclusion was based on 'preconceived notions and prejudices', made 'without a scrap of evidence' and that the Panel's report is 'flawed' as a result.

He also blasted suggestion that the office of the Bailiff is part of the so-called Jersey Way.

"Her (Frances Oldham QC) linkage of the allegations of lack of fairness and transparency in decision taking by the Bailiff to historic child abuse was a grave error.  I reject that linkage and the underlying assumptions absolutely.  The Inquiry had no basis for saying it, and it is not true."

Senator Mezec, who says he was refused the chance to respond to the statement during the States sitting, has hit back by saying it was a clear attempt to influence and a clear example of the Jersey Way.

He says the Bailiff's words will harm the healing process and damage the journey of those who are pinning their hopes on the government to carry out the inquiry's recommendations.

The Minister has published his statement in full on the government website.

"I thought it was an absolutely outrageous abuse of power for him to say something which he was totally conflicted in and which was completely inappropriate and improper.  Quite frankly, I was astounded that even William Bailhache had the gall to do that given that, as Bailiff, he has occasionally said some very foolish things in the past."

The Reform party, which Sen Mezec is leader of, has also issued a statement;

"For a person who is unelected, and in a position that is meant to be apolitical, to use his position of power to denounce recommendations that have been accepted by a democratically elected government is unacceptable.  The comments made by the Bailiff only sought to protect his personal position and are not based on what would be the best outcome for the people of Jersey, or the care and protection of children.

We are disappointed that our elected States Members were not given the right to reply or ask questions following the Bailiff’s statement and, as he chose to make these comments at his last sitting, there is no opportunity to lodge a vote of censure. We are also disappointed that he refused permission for the Minister for Children to make his own statement on the matter.

Reform Jersey is committed to the position stated within our Manifesto, that the dual role of the Bailiff should end and that an elected Speaker should preside over the States Assembly.  This would improve democratic accountability and provide better value for money for the public.  It would also separate judicial and political powers."

Senator Mezec left the Chamber at before the end of the sitting, while tribute was paid to Sir William by Privileges and Procedures Chairman Deputy Russell Labey.

"On behalf of the Assembly, for your long and dedicated service and for all that you have done for us individually, collectively and for the island as a whole, our warmest best wishes for the future."