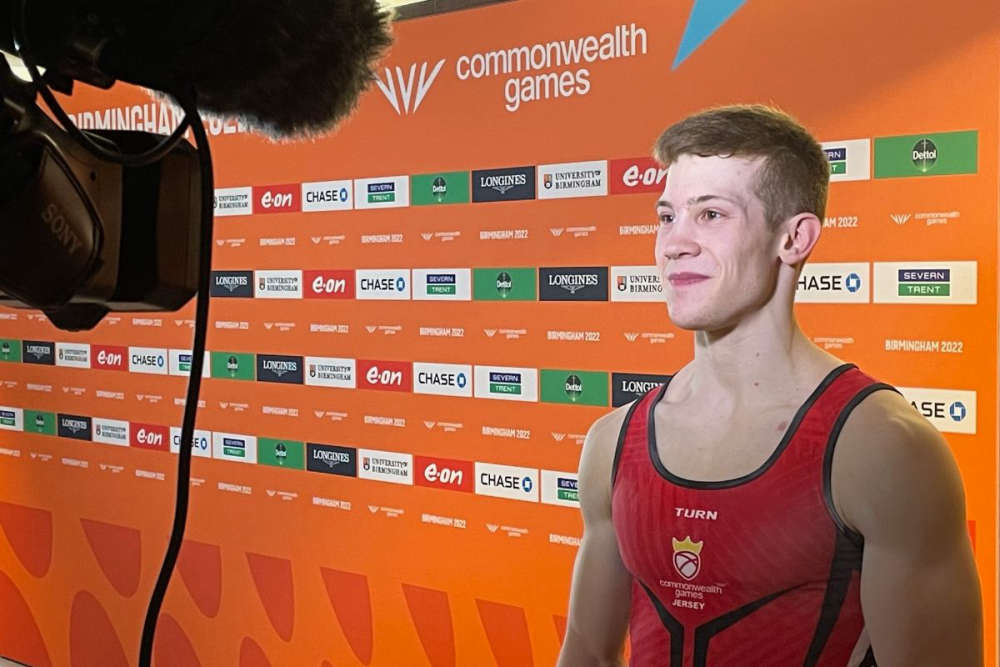 Jersey's flagbearer at the Commonwealth Games closing ceremony will be Daniel Lee.

The gymnast was one of the island's best performers in Birmingham.

He came sixth in the all-around event and seventh in the Rings final.

"It has been an absolute privilege to compete for my island on the biggest stage and to perform as well as I did. To achieve multiple personal bests is more than I could've asked for and a dream come true.

It's been fantastic to see the whole of Team Jersey embracing the friendly games spirit, I'm sure I've made friends for life.

I feel immensely proud and truly honoured to be chosen to be flagbearer and represent all the amazing Jersey athletes."

Rhys Hidrio led the team out at the opening ceremony at the Alexander Stadium.

Jersey's athletes have been competing on the world stage over the last couple of weeks, with some star performances along the way.