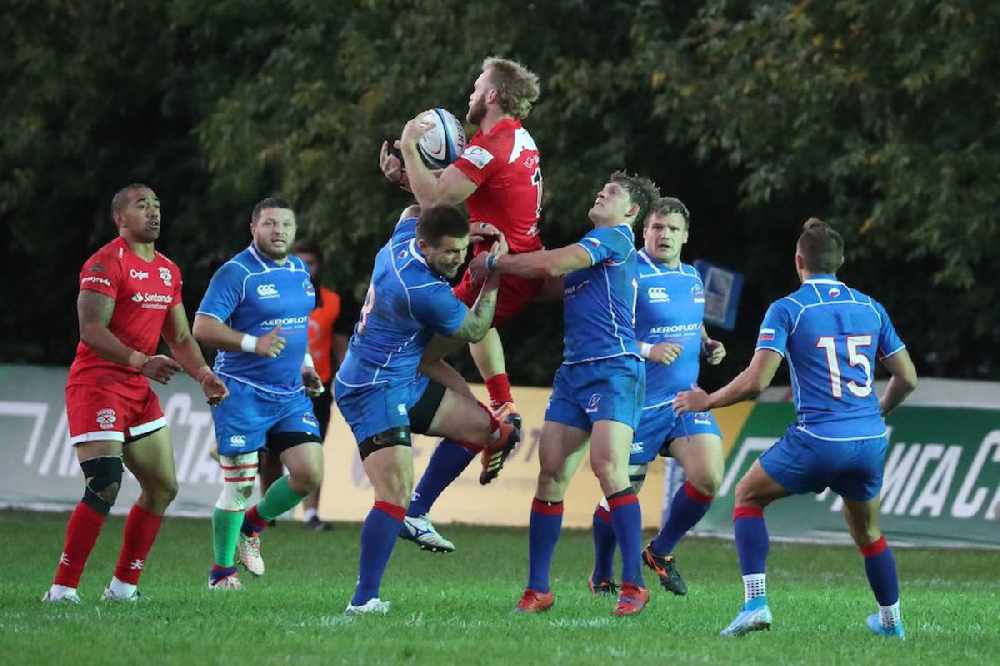 The island side won 22-35 in Moscow in a World Cup warm up friendly.

Their opponents, who are ranked 20th in the world, are preparing to head to the tournament in Japan where they will face the hosts, Ireland, Scotland and Samoa.

Reds' Director of Rugby Harvey Biljon has been speaking to Channel 103 from Frankfurt Airport on the journey home:

"I'm so proud of the players.  It was a fantastic occasion.  Didn't Jersey do themselves proud?

I have been getting messages from all around the world. I didn't recognise it was going to be as huge as what it is, but it has really been something else!"

The Rugby Union of Russia has congratulated their guests  and wished them all the best in their Championship campaign.

In return, Jersey Reds have wished Russia well in the World Cup, and invited them to the island for a return fixture.

A great experience in Moscow and we would like to thank our Russian hosts and wish them all the best in their @rugbyworldcup campaign in Japan starting next month. Thank you for having us - please come to Jersey for a return match! 🇷🇺🇷🇺🇯🇪👍 https://t.co/HkTeOIFRSF

🏉 Second tier rugby side Jersey Reds have won 35-22 away to Russia in a pre-season friendly.

👏 Russia are ranked 20th in the world. pic.twitter.com/apHO5GbcyR

And 2018/19 Championship Champions London Irish and their fans were also in awe of the victory:

Hell fo a result but we're very aware how tough an opposition the Reds are! pic.twitter.com/EKjchhEq17

Well played @jerseyrfc. 35-22 winners against Russia. Not many club sides can say they've beaten a national side. Awesome performance a real credit to @Champrugby. Not many teams will be looking forward to taking on the Reds after that performance.
Good luck for the season Guys. pic.twitter.com/GZoLY4D73A