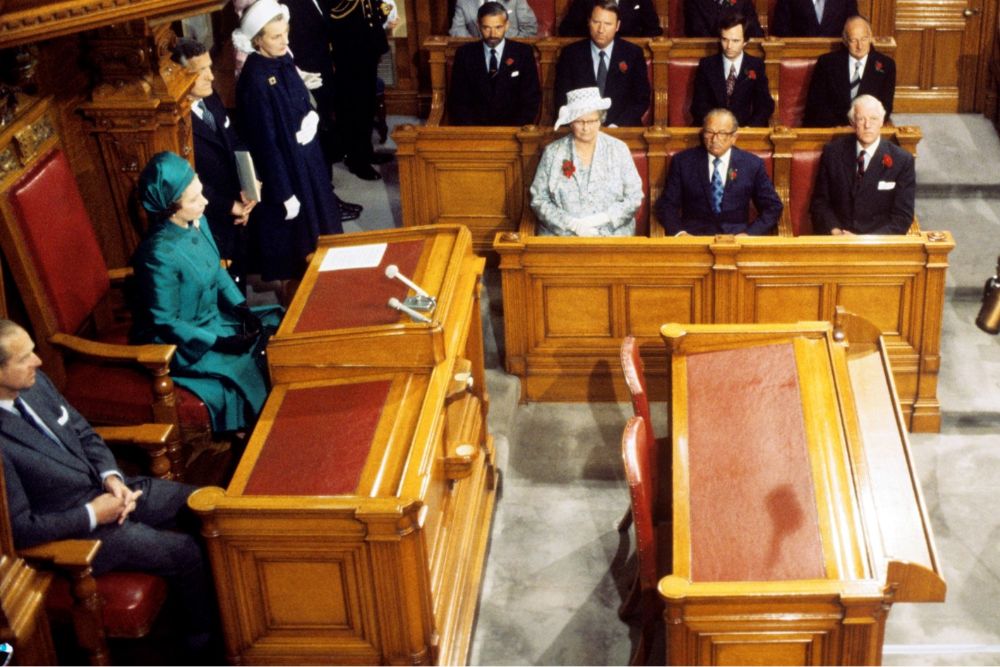 HRH The Duke of Edinburgh accompanying Her Majesty Queen Elizabeth II on a visit to the States Chamber in 1978.

Tributes are being paid in Jersey to His Royal Highness the Duke of Edinburgh after Buckingham Palace confirmed that Prince Philip has died at the age of 99.

The Chief Minister says the government shares the profound sadness felt by islanders.

"His Royal Highness has been steadfast and selfless in his support of Her Majesty The Queen throughout her reign, and visited our Island on seven occasions, as well as acting as patron of several Jersey charities.

"Through the Duke of Edinburgh’s Award scheme, he has also helped to transform the lives of millions of young people over the past six decades. His service and commitment to charitable and community causes will be sorely missed."

Prince Philip visited Jersey on seven occasions and acted as patron for a number of Jersey charities. 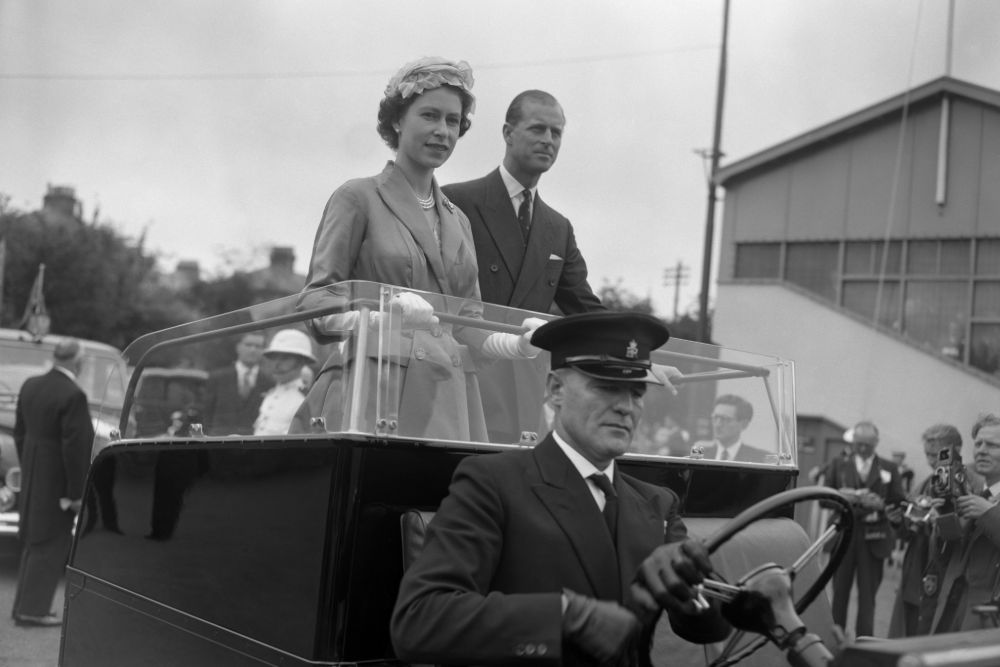 Queen Elizabeth II and the Duke of Edinburgh touring the Royal Jersey Showground in 1975.

He last came to Jersey in 2005, to mark the 60th anniversary of the Liberation.

Other States members have been posting tributes on social media.

I share a feeling of profound sadness with many following the death of HRH Prince Philip The Duke of Edinburgh. Prince Philip visited Jersey on no fewer than seven occasions and acted as Patron to many Jersey Charities. He was widely respected and will be greatly missed 🇯🇪🇬🇧 pic.twitter.com/7POk6uho1a

RIP HRH Prince Philip. A life of service, well lived, thank you. With all our thoughts and prayers for HM the Queen and all the Royal Family. pic.twitter.com/v4ZvFDCwcr

The Bailiff says while everyone knew Prince Philip was receiving medical care, that still cannot fully prepare us for the loss of such an important figure.

He described his Royal Highness as a man with forthright speech and a sense of humour, who understood and exemplified duty and service:

"Only a few amongst us are old enough to remember a time when he was not a significant part of the central life of the nation, supporting Her Majesty the Queen in her Royal duties, having retired from public duties only recently. He carried out those duties diligently and played an important role in national affairs and in the work of the monarchy.

"He was from that wartime generation that understood and exemplified duty and service and we remember with affection his numerous visits to Jersey.

"He was known for his forthright speech and sense of humour and he will I know be missed.

"We are grateful for his life of service and there will be time on the future to reflect on that.

"At this time, though, our thoughts are with Her Majesty the Queen and the Royal Family in this time of loss and grief."

Flags have been lowered to half-mast in Jersey and will stay like that until 8am on the day after His Royal Highness' funeral.

Jersey's Lieutenant Governor, Sir Stephen Dalton, says his thoughts and prayers are with Her Majesty and other members of the Royal Family:

"It is with deep sorrow that Buckingham Place has announced the death of His Royal Highness, Prince Philip, Duke of Edinburgh.

"Prince Philip was an outstanding man who served Her Majesty The Queen, The Nation and the people of Great Britain, Northern Ireland, The Crown Dependencies and the Commonwealth with distinction, energy and passion.

"His Royal Highness provided many charitable and vocational organisations, of which he was patron, with clear guidance, strong support and characteristic leadership.

"In particular, His own Duke of Edinburgh Award Scheme, which he initiated as far back as 1956, continues to provide positive challenge, focus and adventure to many young people around the globe and is a very fine legacy of His character and commitment.

"His Royal Highness The Duke of Edinburgh visited Jersey on many occasions, most recently in 2005 and clearly enjoyed meeting so many Islanders on those visits.

"Today, on this sad occasion, our thoughts and prayers are with Her Majesty The Queen and the other members of the Royal Family."

Flags have been lowered to half-mast and will stay like that until 8am on the day after His Royal Highness' funeral. 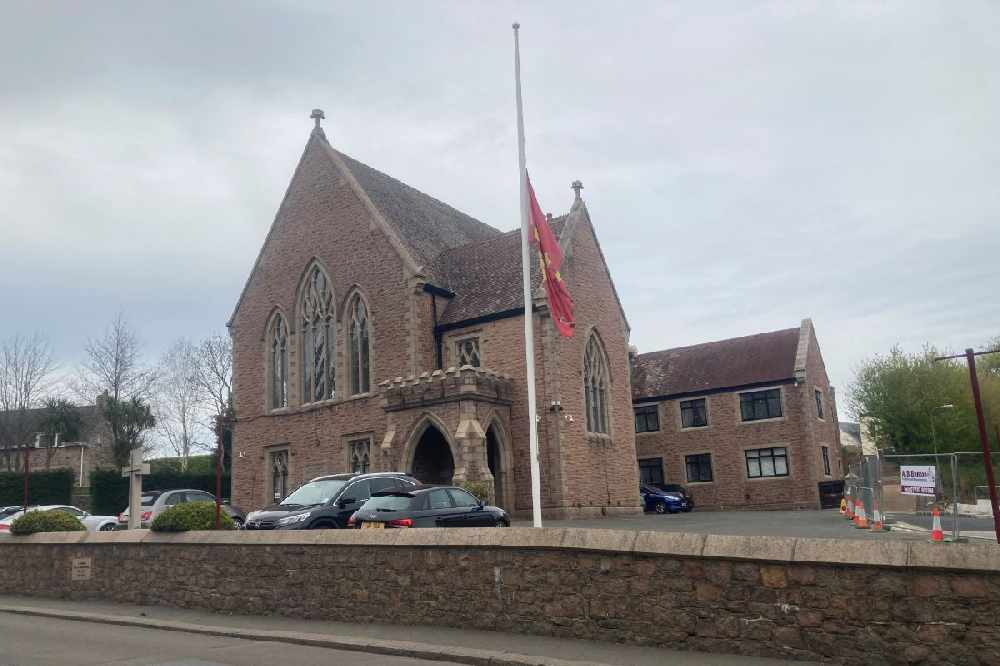 Flags at the Town Hall are being flown at half mast as a mark of respect following the passing of His Royal Highness The Prince Philip, Duke of Edinburgh. #PoSH #RoyalFamily #ParishofStHelier