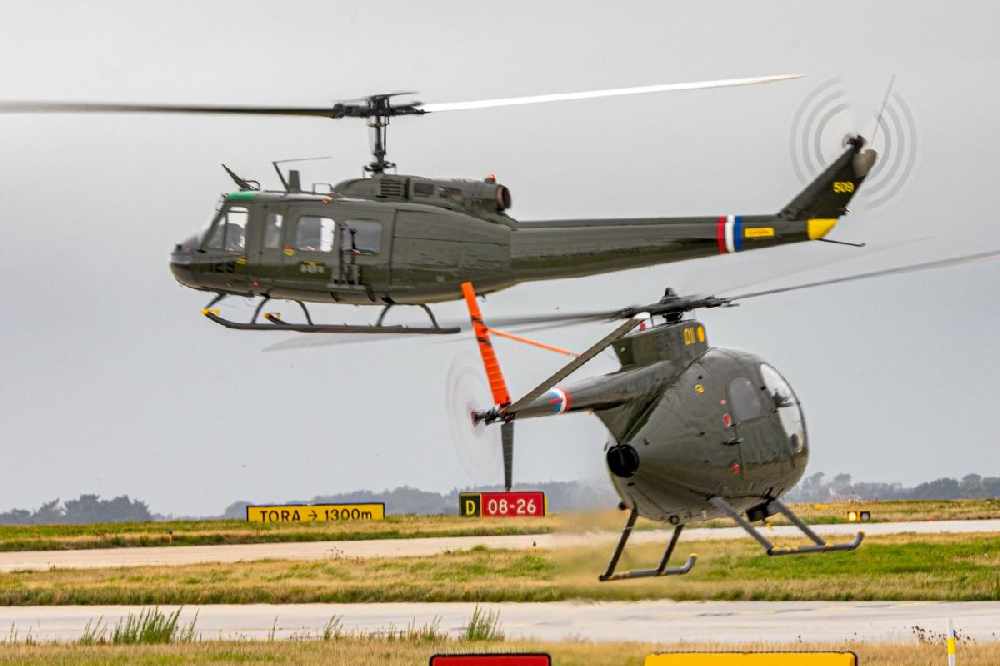 A bi-plane performing a beach landing, and parachutists dropping from a French military transport aircraft are among the highlights of this year's Jersey Air Display.

The action gets underway at 1pm in the skies above St Aubin's Bay.

Check out the latest running order*

Thousands of people are expected along the St Helier seafront for the annual spectacle.

*The Antonov AN-2 performing a beach landing
* A parachute drop over St Aubin's Bay by the French military transport aircraft the Noratlas.
* The Huey and Douglas A 1 Skyraider, American aircraft used during the Vietnam war
*Swedish fighter jets the Viggen, Draken and Tunnan

This morning organisers announced the late cancellation of the Battle of Britain Memorial Flight, due to feature a Spitfire, Hurricane and Dakota.

British Airways yesterday cancelled the appearance of an Airbus A319 in the former British European Airways livery because of this week's pilot strikes.

The show finale will be performed by the Breitling jets display team in place of the Red Arrows who are touring America.

Jersey Met is forecasting cloudy skies with sunny intervals for this afternoon.

Victoria Avenue will be closed between noon and 5.30pm.

*Times are subject to change for weather and operational reasons.