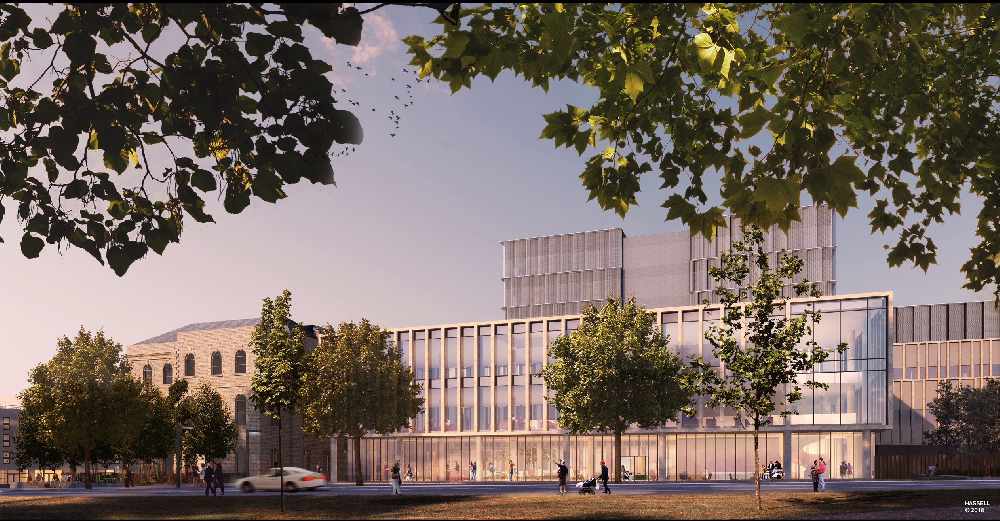 Overdale and the Waterfront should be reconsidered as locations for Jersey’s new hospital.

That is from the Policy Development Board set up to review the previous Assembly’s decision, made two years ago, to build the half a billion pound facility on the current site.

An independent inspector’s verdict on a second planning application for Gloucester Street is due within weeks.

However, the Hospital Policy Development Board has concluded that the current site is ‘constrained and cramped’ and might not be flexible enough for future needs.

“There’s a theme that comes through that there seems to be a pre-disposition that this is the site we want to build on.

“It’s been explained to me that that’s the default site that they were able to use for comparative purposes.

We have concern that we always returned to the existing hospital site, when in actual fact, we believe other sites can deliver a better hospital.” – Constable Chris Taylor – Policy Board Chair.

The board was set up and its members chosen by the Chief Minister Senaor John Le Fondré in July.

A final decision on whether to go ahead with the current site or build elsewhere is expected to be voted on by the States in January.

Subject to permissions, the completion of a new hospital on the existing site is currently scheduled for the end of 2027.

The Policy Board thinks a hospital can be achieved on an different site by mid-2028.

“If you look at the delivery timetables, they’re both reasonably similar. Rather than looking at when building starts, if you look at when the completed hospital is finished, there’s only six months difference between the two sites.”

The Board says it “firmly believes that the relatively short period of delay is a small price to pay for the significant long term benefits to the island’s Health Service that will then be valued for many generations to come.”

Of the eight recommendations, the Health Minister says he doesn’t support all or part of five of them – including the call for building the new hospital away from the existing site.

“I will not be making detailed comment on the Report of the Hospital Development Board at this stage. The Council of Ministers needs to consider the Report carefully, and as a member of government, I will debate it alongside my fellow members.

“I have made my views clear in the report and I hope that we can reach a collective view. As Health Minister, I remain committed to delivering the best possible hospital for Jersey to serve generations for years to come.”

The results of a hospital staff survey have also been revealed in the report.

It shows that 82% of those who responded think the new hospital should be built on a different site.

714 members of staff gave their opinions, representing a response rate of just 22%.

The Board says the results support the view that the decision to select the current site wasn’t fully evidenced; and that ‘engagement with the staff on this significant decision was not undertaken in a meaningful way to ensure that it took account of their views and opinions’.

“I hope that this will be the start of engagement. One of the most important messages we’ve received visiting other hospital builds is that you can only do it if you have the staff with you in the project.” – Constable Chris Taylor.

The report has been given to the Chief Minister and presented to the Council of Ministers, which will now be ‘considered over the coming weeks’.

“I am grateful to the members of the Hospital Policy Development Board for their hard work over the last four months. The Council of Ministers will carefully study and debate the report before deciding how to respond to its recommendations.” – Senator John Le Fondré.