'Ellie' The Seal Saved From Plemont 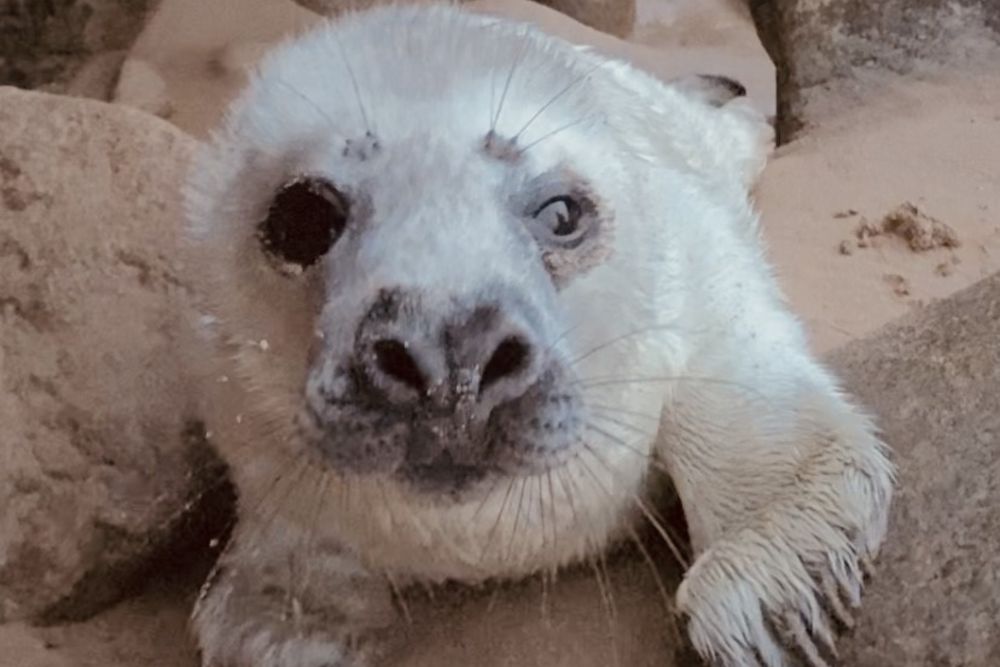 A seal pup has been rescued from Plemont beach.

The creature was spotted by surfers before it pulled itself out of the water.

Rescuers say the baby was likely washed away from its mum in the huge swell.

The team of British Divers Marine Life Rescue volunteers were called by the JSPCA on Monday afternoon.

"The temporary white coat that the pup has is not waterproof and pups this young should remain on land if possible until they moult this coat. Sadly it is likely this pup was already washed away from mum with the huge swell and if it had continued to float around at sea with that heavy coat, it would have eventually drowned. This also means it would likely have NOT got the vital fatty rich milk from mum, which is essential for survival for the first 3 weeks of pups life. The pup weighs in at only 16kg. They are 13-15kg at birth". -  Donna de Gruchy, BDMLR

The pup has been named Ellie - after its finder.

"Even though the tides are smaller right now and we did consider relocation to the East side of the beach, with that huge swell and the age of the unweaned pup already showing signs of weakness and desperation to feed, it would not have been fair to watch the pup starve."

It was taken to New Era Vets to be cared for while awaiting  transfer to Guernsey's rehabilitation centre.  There it will join Joey, the pup that was collected from the Ecrehous reef in November.