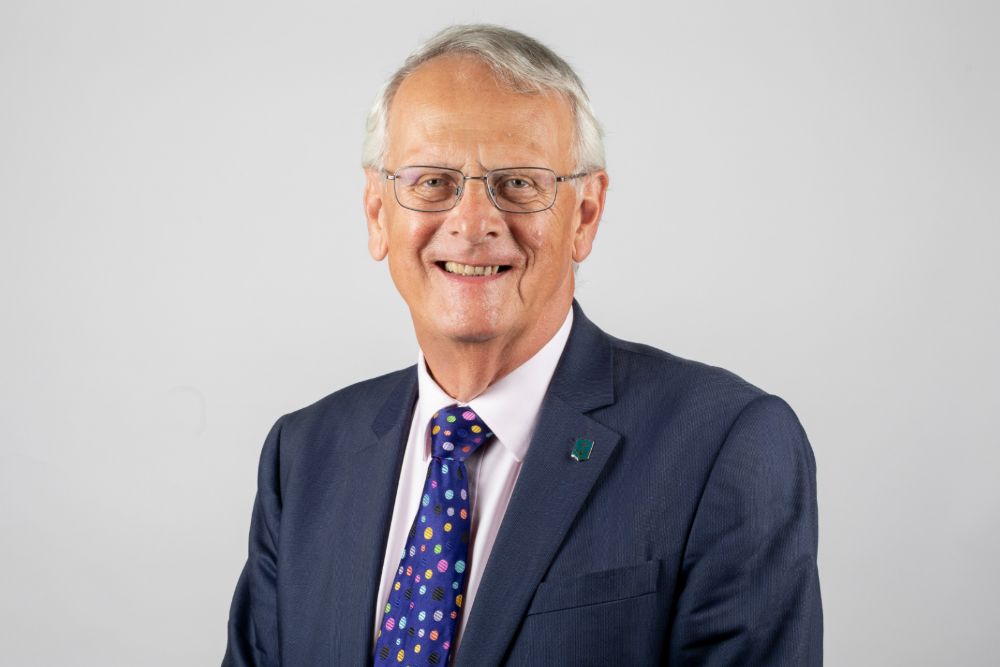 Jersey politician Constable Len Norman has died at the age of 73.

He was the island's longest-serving States Member, representing the parish of St Clement for the last 37 years.

All government-owned and parish buildings will be flying flags at half-mast from 8am on Wednesday 2nd June until the date of the funeral, which is yet to be announced.

Len Norman was first elected as the parish Deputy in July 1983, a role he kept until seeking an island-wide mandate as Senator in 1996.

He returned to parish duties in December 2008, when he was elected as the Constable of St Clement.

At the time of his death he was the island’s Home Affairs Minister.

He is survived by his wife Rosemary and two children.

The Chief Minister, Senator John Le Fondré, has paid his respects to his fellow Minister:

"Len was a true Jersey statesman; absolutely dedicated to his island and to his parish.

"I have known Len professionally for many years - from the days he worked alongside my late father in the Harbours and Airport Committee - and I was delighted when he agreed to join the Council of Ministers in 2018 as Home Affairs Minister. Unsurprisingly, he quickly proved himself exceptionally able, astute, hard-working, and willing to tackle the most difficult challenges within his Department.

"Those who worked alongside Len, or sat with him in the States Assembly, knew him for his dry sense of humour, but also his kindness and sharp intellect.

"He will be missed not only by his Ministerial colleagues and States Members, but all those officials and volunteers he worked with across his roles in the States of Jersey, and charitable bodies, over the past four decades."

I am very saddened by the passing of Connétable Len Norman who devoted his life to local politics & his beloved Parish. He swayed many a debate with his forthright, but perceptive and good humoured style. Today Jersey has lost a true statesman. My thoughts are with his family. pic.twitter.com/peNrc1Wy6p

Other States Members - past and present - have also paid tribute to the late Constable, including Assistant Chief Minister Constable Richard Buchanan:

A sad blow , we have lost a very wise and thoughtful states member. I will miss his council and sharp sense of humour. Len you will be a hard act to follow and be missed by all your colleagues and friends . Rest in a well earned peace.

Former St Helier Deputy, Jackie Hilton, says she was saddened by the news of his death:

"Len was such a supportive colleague, a real gentleman and a hardworking, committed States Member for so many decades. My sincere condolences to his family and friends. Thoughts also with the Municipality of St. Clement and the constituents of St. Clement. Rest in Peace dear Len, God bless you and keep you safe"

It fills me with sadness and sense of loss to learn of the passing of Len Norman. Len was a true friend a loyal colleague and a formidable political force when it was required. Elected in 1983 Len gave almost 40 years of continuous & selfless service to Jersey. Rest in peace Len pic.twitter.com/BdmhNUhy0E

Outside of politics, Len volunteered as the President of the Jersey Friends of Anthony Nolan and St Clement Battle of Flowers Association, as well as Patron of St Clement Sports Club.