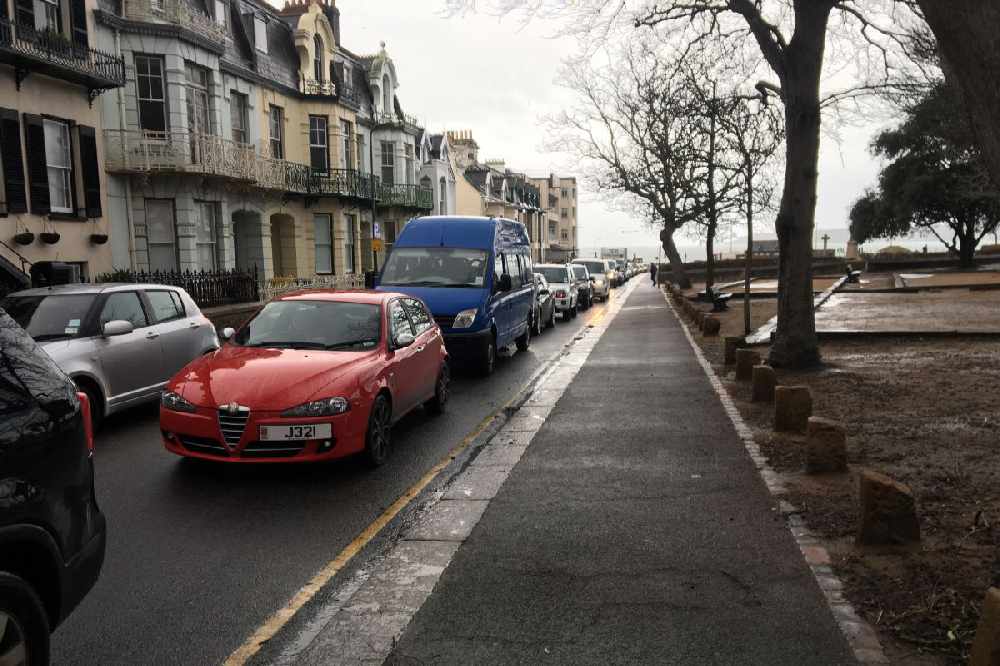 Storm Ciara has caused traffic chaos across Jersey during this morning's rush hour.

Victoria Avenue was closed westbound because strong winds and high tide (7.09am) combined to send large waves and debris over the sea wall along the island's south coast.

The closure caused heavy tailbacks into town from the east.

Commuters were stuck in stationary and slow-moving traffic from all directions into St Helier.

We would like to thank motorists for their understanding whilst our officers closed Victoria Avenue due to weather conditions. Closure of Victoria Avenue is never an easy decision, however public safety is our main priority.#safetyfirst #communitypolicing pic.twitter.com/dR9CxSIEBQ

LibertyBus reported delays of an hour on some services, and had to cancel several others.

Due to the Avenue being closed we are experiencing heavy delays on all services. Traffic is backlogged from West Park right the way back through the Tunnel and on to all routes on the East Coast. We are seeing delays of over 1 hour just heading out of town. Apologies.

In Grouville, a fallen tree was blocking a road near Le Boulivot and there was a landslide on Old Beaumont Hill.

Some homes in St Mary were without electricity for a time because of a fallen power line.

Jersey Met says winds peaked at 77 miles and hour  at St Helier Harbour and 68mph at the airport.

Storm Force 10 gusts of 81 miles and hour were recorded by the Channel Light Vessel - the weather station positioned around 35 miles north-west if Guernsey.

Monday's sailings have been cancelled and Tuesday's Clipper service has been rescheduled.

Flights have been operating largely as normal after Sunday's disruption, but passengers are being urged to allow more time for their journey to the airport.