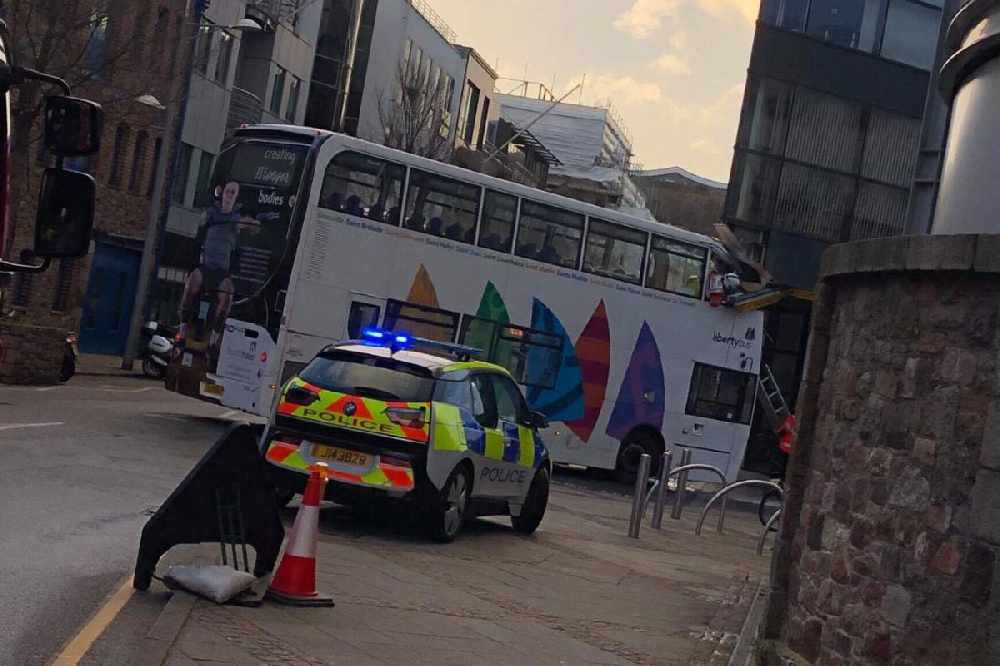 A double-decker bus has crashed into the Liberation Station building.

The accident happened after 6.30am, and caused delays to bus services during the Monday morning commute.

all services are experiencing delays due to an rtc apologies

Jersey Police closed the road between Castle Street and Conway Street, while firefighters attended the scene. 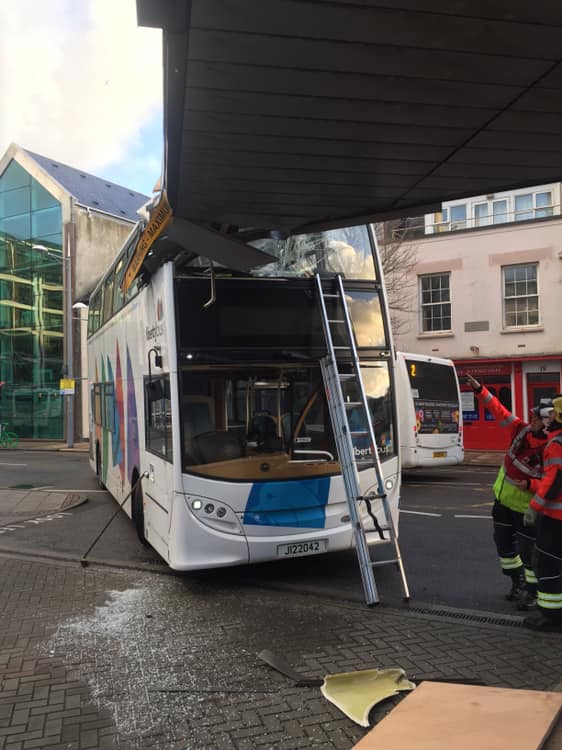 LibertyBus says there were no passengers on board at the time, and no one was hurt. 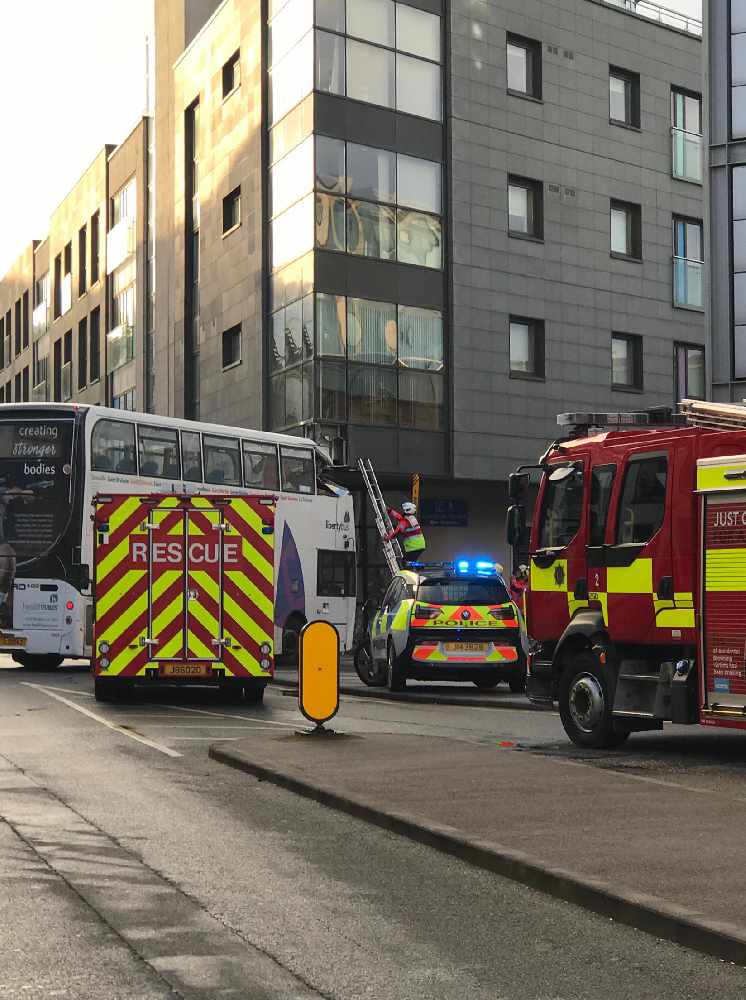 The top corner of the building has been damaged.  LIbertyBus says there is no structural damage.

The bus company says a 'full investigation is now being carried out'. 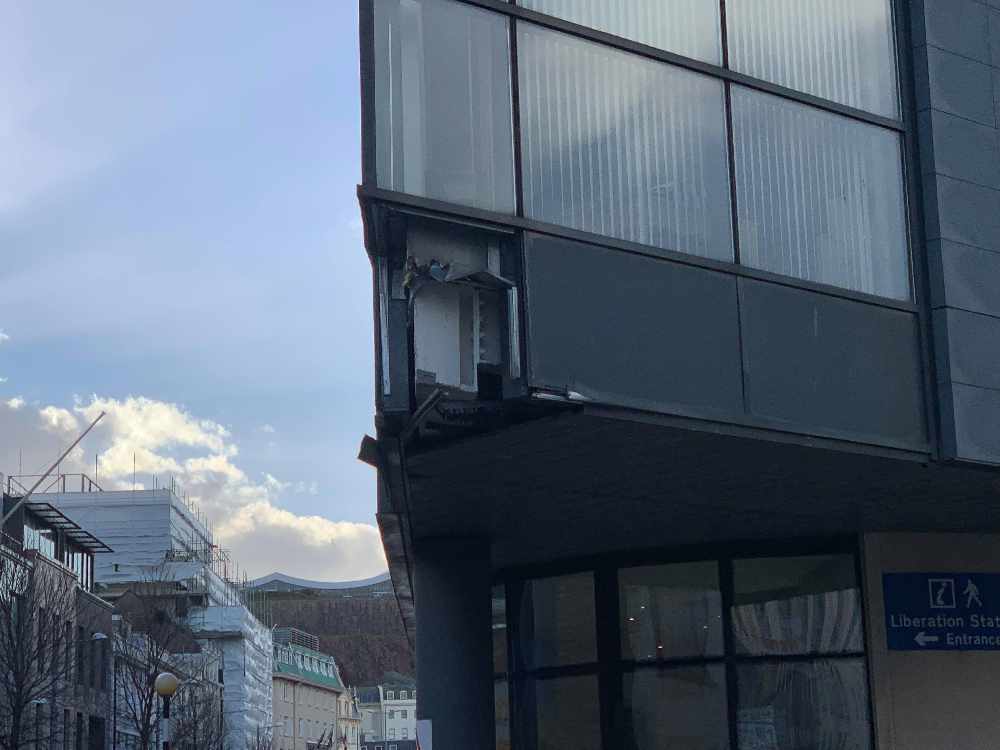 It is a repeat of what happened on 30th June 2015, when a double-decker hit the building in the same location injuring 12 people: 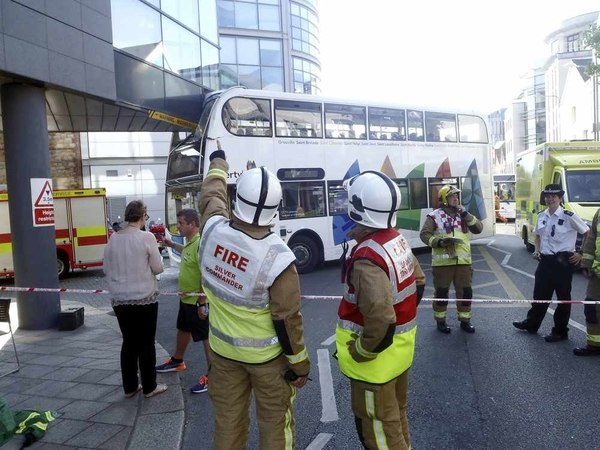 It appears not have been the only accident involving a bus this morning.

Passengers have reported an incident involving the No.7 at Millbrook:

I was sitting the other side of that window. He scrapped the bus along the granite wall at the bottom of Mont Fellard. I've never moved so fast 😂😂😂