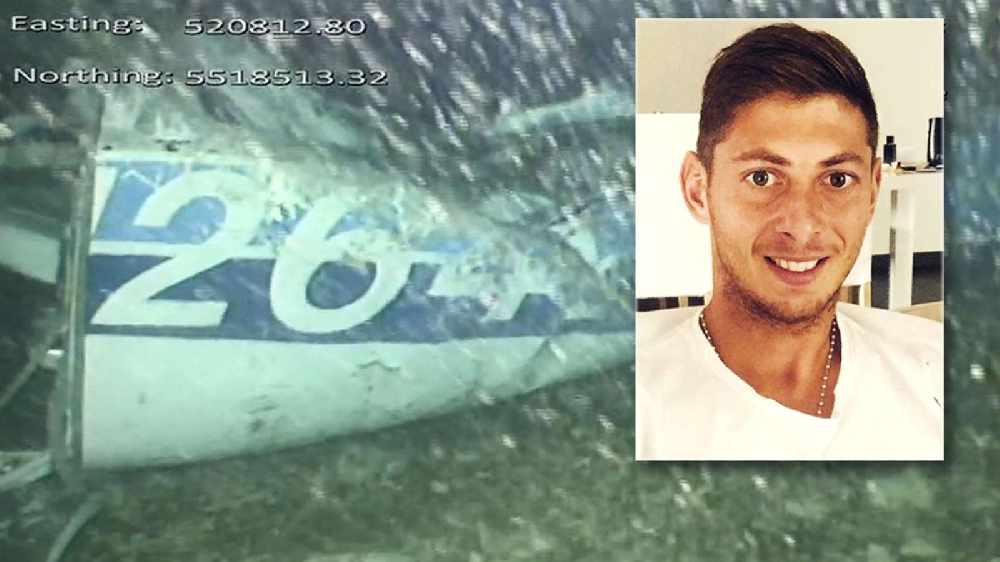 A body has been "successfully recovered" from the wreckage of the plane that was carrying footballer Emiliano Sala and pilot David Ibbotson.

Remotely operated vehicles in "challenging conditions" were used to pull the body out of the water "in as dignified a way as possible", according to the Air Accidents Investigation Branch (AAIB).

The body has been taken to the Isle of Portland to be passed into the care of the Dorset coroner.

It has not been confirmed whether the body is that of Sala or Mr Ibbotson.

Poor weather conditions stopped efforts to recover the aircraft, which remains 67 metres underwater, 21 miles off the coast of Guernsey in the English Channel.

An AAIB spokesman said bad weather was forecast "for the foreseeable future and so the difficult decision was taken to bring the overall operation to a close".

The investigators will publish their interim report within a month.

Footage captured of the wreckage is expected to provide "valuable evidence".

Sala had signed for Cardiff City from French club Nantes in a £15m deal two days before the plane disappeared on 21 January.

It's reported Nantes have now started legal action against Cardiff, asking for the first payment of the transfer fee, which is understood to be more than £5m.