Bids To Save Senators Defeated 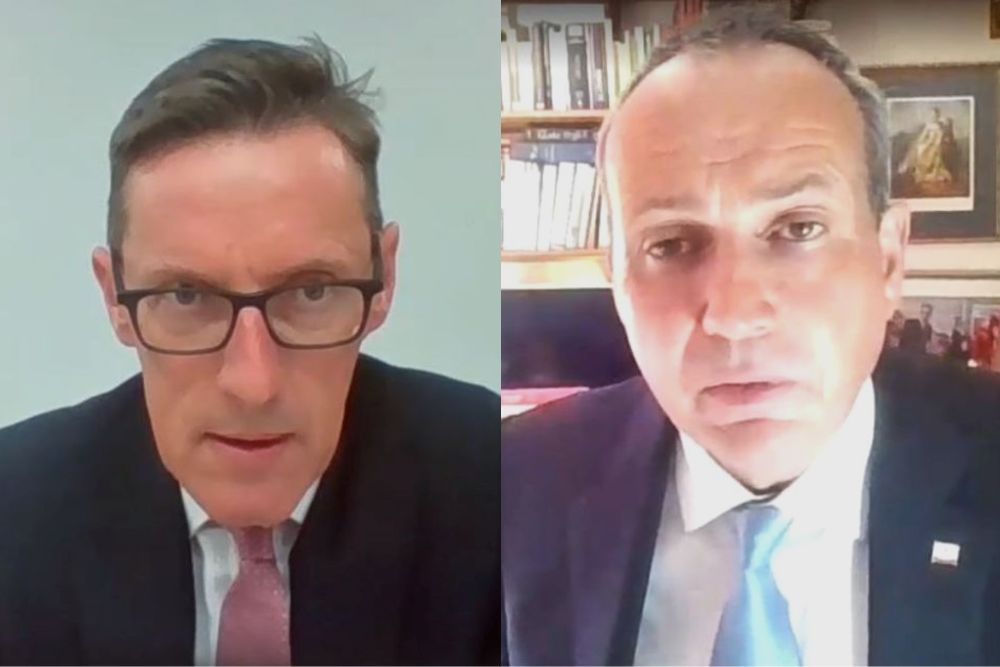 Senators Ian Gorst and Lyndon Farnham failed in their attempts to retain the role of Senator.

Last-ditch attempts to save the role of Senator in Jersey politics have failed.

The States Assembly voted last December, in principle, to an assembly of 37 deputies across nine districts plus the 12 Constables.

That is due to be ratified tomorrow (22 April), but Senators Ian Gorst and Lyndon Farnham wanted to retain the island-wide mandate.

Senator Gorst wanted 28 Deputies to have a 48-person assembly, while Senator Farnham wanted 31 deputies to extend the assembly to 51 members.

Senator Gorst insisted that a fairer electoral system to boost political engagement could still be achieved whilst keeping the Senators.

He called the role 'the most democratic of all elected offices in Jersey'.

"We come down to 'it's difficult and complicated to explain and islanders don't understand it', so we'll get rid of the most democratic office in the States.

"I don't think the solution proposed is the most appropriate one to answer the question of why islanders find our system so complicated to understand. I'm sure many of them actually don't, but those that do, then we must look to ourselves and our own failings in explaining our system to this generation and the next.

Despite that plea, the amendment was defeated by 31 votes to 16.

The Privileges and Procedures Committee was the driver behind reforming the electoral system, which has been called 'broken' on several occasions.

Deputy Russell Labey was the chair of PPC when the reforms were agreed in principle and slammed the attempt to try and change it at such a late stage.

"Senator Gorst has botched it and now we have Senator Farnham as Tonto riding to the rescue of his beleaguered long ranger with three extra seats in his saddlebags to partially correct the unfairness.

"The trouble is we now suddenly increase the total number of States members, something which was tried and failed in December and for which there is absolutely no popular support at all.

Deputy Carina Alves took over as chair when Deputy Labey was appointed the Housing and Communities Minister.

She said keeping the Senators would have stalled progress towards a fairer system yet again.

"Making the system more accessible and simpler to understand will ensure that the remaining two-thirds of our island's electorate feel able to engage in the election system and have their voices heard.