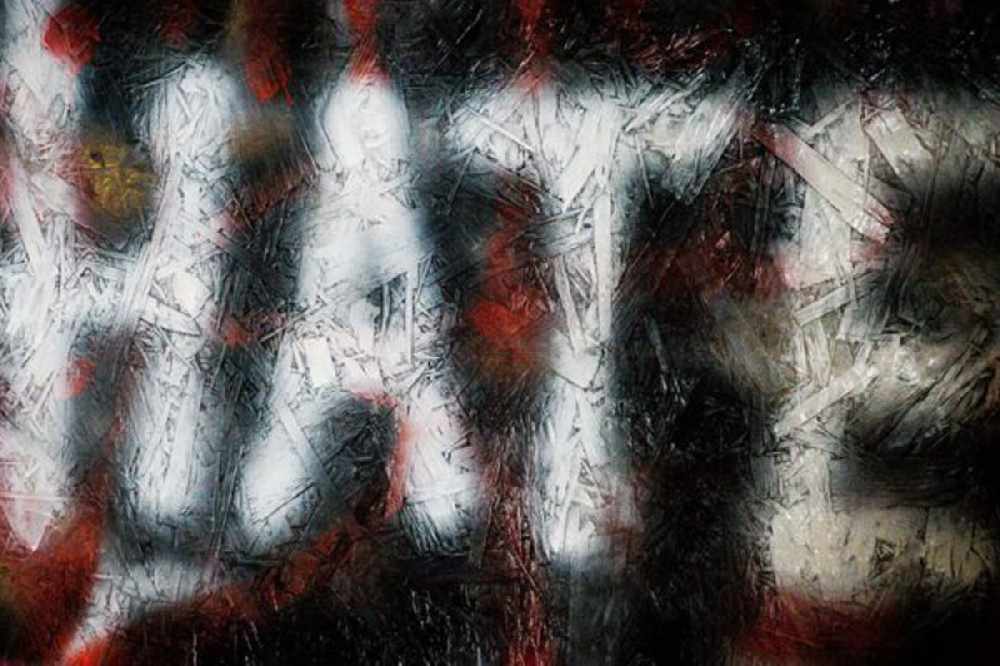 Jersey Police are reminding us that being different is not a crime by supporting the National Hate Crime Awareness Week.

The island-wide campaign, which launched last year, amplifies the voices of local victims who have been subject to abuse, as well as community groups and leaders.

Since 2018, 158 hate crimes have been recorded by Jersey Police.

Hate Crime and incidents are defined as any criminal offence or non-crime incident and can be perceived to be motivated by hostility or prejudice, based on a person's:

It's National Hate Crime Awareness Week 2020 #HateCrime is defined as any behaviour caused by hostility, prejudice or hatred & can be committed against a person or their property It has no place in Jersey. Report it via 612612 or speak to @StopHateUK #NationalHCAW #stophatejersey pic.twitter.com/4U8L24Ov69

SoJP says it 'has developed a hate crime policy which places an increased emphasis on all crimes reported, ensuring dedicated supervisory oversight is immediately provided and prosecution of any hate crime is fast-tracked'.

The force has also partnered with Stop Hate UK, a charity that provides support to victims of the crime.

"We know that Hate Crime is still very under-reported in Jersey and we want to reassure Islanders that it is something we take very seriously. No-one should be subjected to abuse for just being themselves. If you yourself have been a victim, or you have witnessed a hate crime, please get in contact with the Police. There is no room for hate in Jersey." 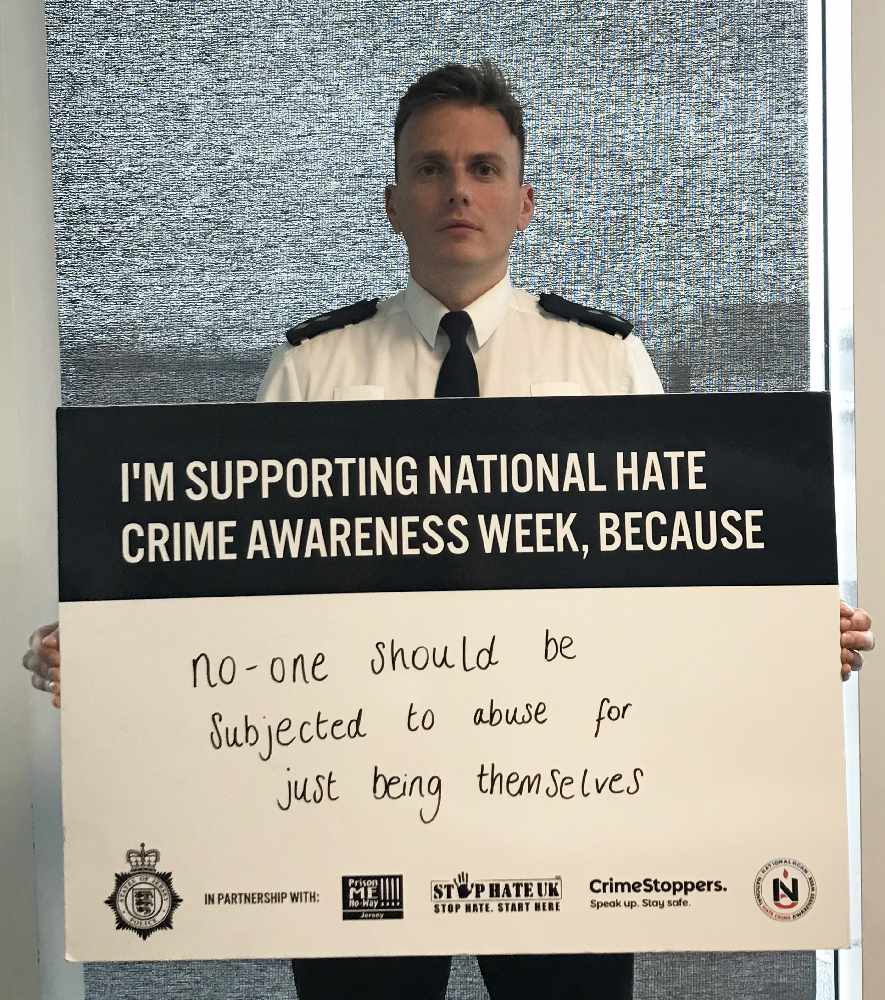 Inspector Huw Williams showing his solidarity with the campaign

Chief Executive of Stop Hate UK Rose Simkins says the charity provides a safe and independent place to talk about your experiences.

"We are able to support people who feel they have nowhere else to turn, and contact with us might be the first time an individual has talked to someone about the things they are experiencing. No one should have to suffer Hate Crime in silence, but working together with SoJP, we can help to make a difference in Jersey."

For ways to report a hate crime: