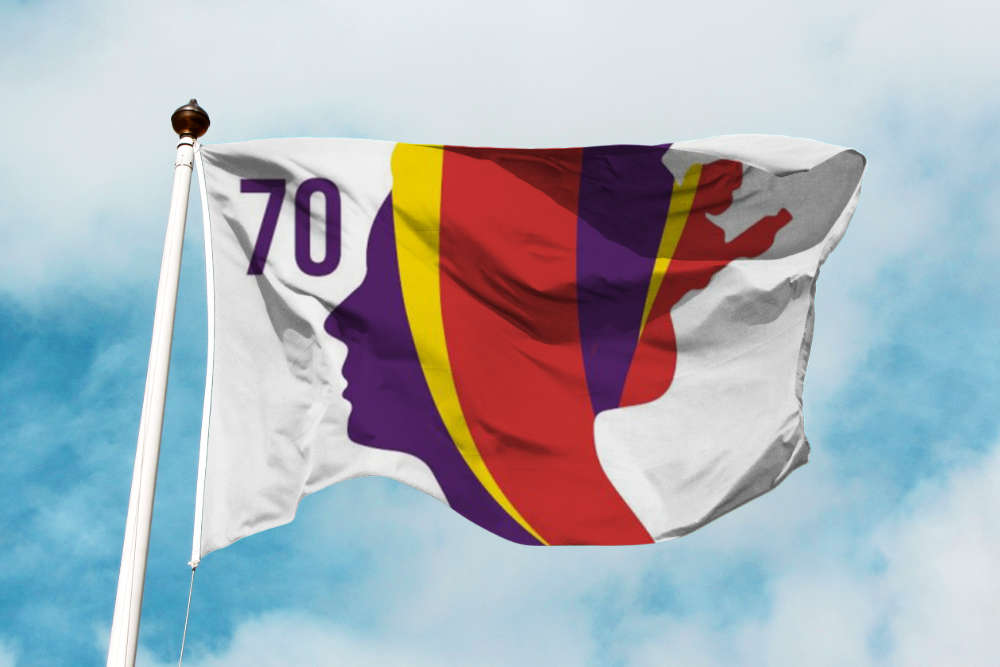 A purple, red and yellow image of the Queen's head will feature on Guernsey's Platinum Jubilee Flag competition.

Ben Le Marchant's design - combining the colours of the island's flag with those of the regal celebration - was judged the best out of more than 400 entries.

The 25-year-old Junior Production Artist has been sharing the inspiration behind his design:

“My design takes influence from a 1952 Coronation postage stamp and the wave pattern is based on the sea as a connection to Guernsey. The red and yellow are taken from the Guernsey flag. The purple and white represents the colours of the official Platinum Jubilee logo”. -Ben Marchant.

Deputy Bob Murray, Vice-President of Education, Sport and Culture, was on the judging panel:

“It was heart-warming to see how much thought and effort had gone into the entries we received; it was so incredibly difficult to choose one.

Thank you to everyone who took part, especially Amherst school which sent in over 200 entries, what an outstanding team effort. I do hope the pupils enjoyed learning about the Jubilee and the significance of HM the Queen’s 70-year reign”.

Six runners up will have their designs featured on a set of Platinum Jubilee postcards.

The flag will fly from the Weighbridge mast and Castle Cornet in St Peter Port over the summer.

A replica will be sent to the Queen with Guernsey’s official celebratory Platinum Jubilee message.