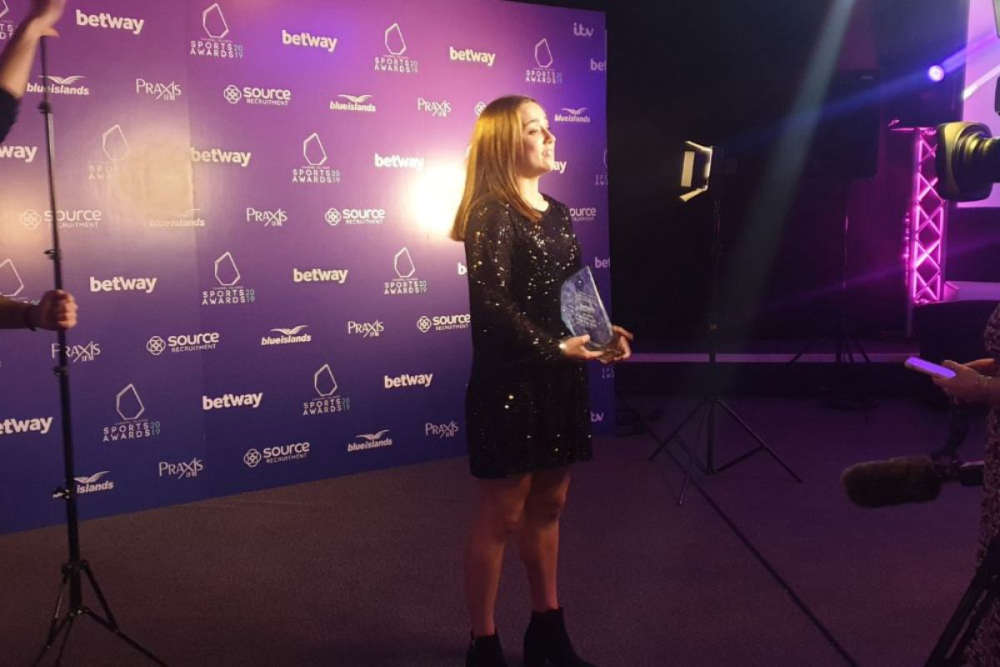 Maya Le Tissier after being named the 2019 Sports Personality of the Year at the Channel Islands Sport Awards.

The 20-year-old defender has signed a three-year deal after spending four years with Brighton.

Speaking to the Manchester United website, Maya says it's 'very special' to make this move.

"The ambition and values of the club suit me as a person and it’s a very exciting project here that I want to be a part of.

Today is a very proud moment for me and I can’t wait to pull on the famous red shirt."

We know you've been waiting for this one 😉

Maya holds the record for the most appearances made by a teenager in the WSL and last year, she was named as one of the top ten best young footballers in the world in Goal's NXGN awards.

During her time with Brighton, she scored two goals in 73 appearances.

Before making the move to England, she played for St Martin's AC in Guernsey.