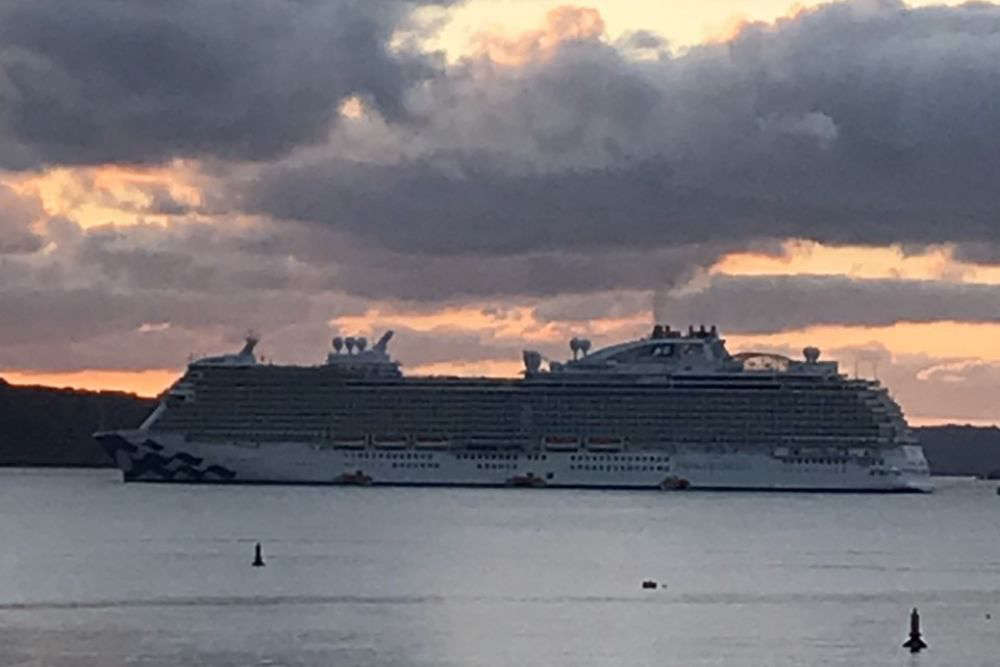 The Sky Princess eases into the Little Russell

That number is well above the 60-70% average of people who normally leave a vessel for a trip ashore.

Visit Guernsey says it's actively targeting those visitors to entice them back for a longer stay. It does this by gathering data on them from the free Wifi on the Albert Pier or by giving away postcards as visitors leave for their ship.

The cruise ship industry is worth several million pounds a year to Guernsey's economy, which felt its absence during the pandemic.

This year, the itinerary is back to normal, with the number of liners anchoring offshore predicted to be 78.

There have been few cancellations, as the weather has been exceptionally good.

In August, more than three thousand visitors arrived in two large ships on a single day.

A fee is charged by the States for each person coming ashore and they generally go on to spend money in shops, restaurants, museums and on transport.

Visit Guernsey says over the past few months there have been eight maiden calls to Guernsey, and two more expected before the season ends.

The Ambassador cruise line has also put Guernsey on its 2022 itinerary.